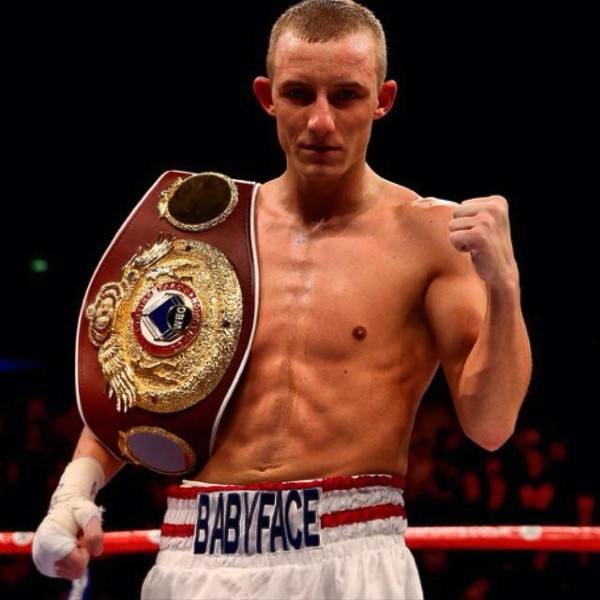 The ‘Baby Faced Assassin’ aims to beat Argentine Liriano to make it a hat-trick of wins over Latin American challengers in his last three fights as he progresses on the world stage this year.

The 25-year-old defeated Miguel Gonzalez last September followed by Ruben Montoya in December, going twelve rounds against both, but he impressed most against teak-tough Montoya in an action-packed fight to showcase his skills.

28-year-old southpaw Liriano, who was born in the Dominican Republic and now fights out of Buenos Aires, has won 11 out of 16 fights and has previously challenged for the WBO Latino title.

Unbeaten in 14 fights with seven KO’s, hot-shot Butler – also the reigning British and Commonwealth Champion – is now world rated in the top ten of three of the four major governing bodies and is closing in fast on a world title shot.

“I’ve gone twenty four rounds in my last two fights against Gonzalez and Montoya which was a fantastic learning experience and I know that I’ve got it in the tank to do the championship distance at world level,”

“From what I’ve seen of Liriano, he looks quite tall and rangy, flashy and unorthodox and fights with his hands down throwing looping punches.  As always I don’t get too carried away about watching fights of my opponents, my trainer Anthony Farnell does that and he works out the game plan,”

“I just do what I do best and get in the ring and fight.  It will be entertaining, I like to give the fans something special when I fight so I’ll be looking to break this guy up with jabs and body shots before taking him out if the opportunity comes,”

“I know that I’ll be facing harder and more experienced opponents this year as I’m going up the rankings.  I’m in a great position at the moment with all the major organisations in their rankings, but I’ve got to keep winning and doing the business to keep on track for the world title.”

Nathan Cleverly, who was scheduled to make his cruiserweight debut on the Aintree show has withdrawn from appearing, saying that he is not ready to fight and a new date will be scheduled for him shortly.  Liverpool’s Joe Selkirk, the WBO European Light-Middleweight Champion, has also withdrawn from defending his title on the show due to a hand injury.