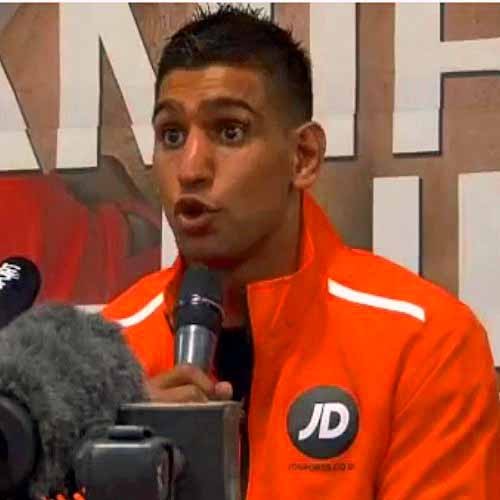 Amir Khan has indicated that his potential fight with Floyd Mayweather will not happen and admitted he should have taken a fight in December last year against then world champion Devon Alexander, rather than put it off to be messed about by Mayweather.

Khan signed a contract in December that put him in line for a possible super-fight with Mayweather in May, with the American asking fans to vote on Twitter whether his next fight should be against the Bolton-born fighter or Marcos Maidana.

But, in a Twitter rant on Friday, Khan revealed that he would not be fighting the undefeated Mayweather, who he implied would be taking on Maidana instead, The Argentinian who Khan defeated on points in 2011.

“No response from Mayweather or his team,” wrote Khan.

“Fights not happening. I should of taken the title fight last December against Alexander…

“Very disrespected by his team. Wasted my time. Good luck to Maidana, against Mayweather. “Can I apologise to the thousands of people who are let down. You me and everyone wanted the Mayweather fight. He’s running scared.”