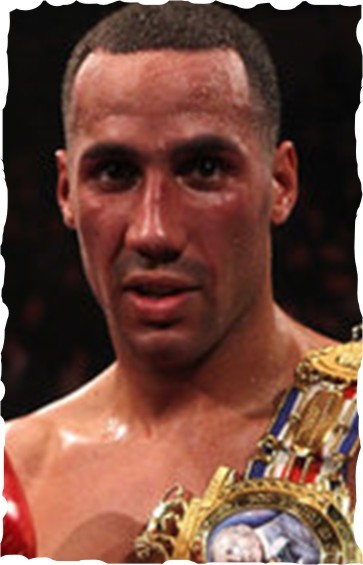 DeGale stops Khatchikian in the 11th

Jame DeGale stayed on course for a world-title shot by stopping Gevorg Khatchikan in the 11th round at the City Academy in Bristol on Saturday night.

The former Olympic champion didn’t have it all his own way at times during the fight and was pressed by his Dutch opponent but DeGale always remained in control and finished the fight in style with some hurtful body shots that finally felled Khatchikian in the penultimate session.

DeGale had a good opening round finding his range early and landing with good left to head and body, while Khatchikian seemed content to seek out the counter.

In the second round DeGale suffered a cut near the left eye as his opponent opened up and caught him with some decent shots as DeGale became sloppy. DeGale looked impressive whenhe let the combinations go and he boxed well to take the third and hurt Khatchikan with some digging body shots in the fourth.

DeGale built on his good work in the 5th and two meaty uppercuts and straight rights stiffened Khatchikan. DeGale continued to attack the body with effect and after round six DeGale was comfortable and well ahead against a game but outclassed challenger for his WBC Silver super middleweight belt.

In the 7th Khatchikan came back into the contest and seemed to trouble DeGale with a solid right uppercut, he followed up his attack sensing DeGale was stunned. DeGale conceeded the round after he appeared to switch off and the tough Khatchikan went back to his corner with some hope.

DeGale, 28, responded well in the 8th after the rocky previous round and opened up on Khatchikian with fast accurate combinations that took the fight out of the Dutchman as DeGale resumed control and put Khatchikian back in his place and he continued to break him down as the rounds past. DeGale looked ready to end the fight and looked intent in doing so. After softening up Khatchikian he finally pounced when he sensed his moment.

The end came at the end of the 11th round when a select choice of body shots penetrated the ribs of the previously unbeaten Khatchikan and had him in serious trouble and on the canvas. The determined and brave Khatchikian got up and the fight was waved on but it wasnt long before he was over again and this time the referee waved the fight off with just two seconds of the round remaining, giving DeGale a vital win at a vital time in his career.

The Londoner stands on the brink of a world title shot at WBA world super-middleweight champion Sakio Bika and was set to take part in a final eliminator against Badou Jack on May 3rd for the chance to face Bika. But Jack was beaten by Dereck Edwards on Friday night in a shock first round KO, scuppering the fight. DeGale’s manager Mick Hennessey is now considering asking the WBC to give DeGale a direct shot at the title now that Jack is out of the picture.

Upset! Badou Jack KO’ed in one by Edwards

Belfast’s Wilton stepped in to take on the Bristol man after Ghana’s Cobbida Johnson failed a medical pre fight. Haskin’s was dominant and after opening up with a barrage of shots he forced the referee to step in and halt proceedings.

Haskins, 30, is on course to face former opponent and current IBF world champion Stuart Hall who he widely outpointed in 2012 in defence of his European belt. Since then Hall won the world title against Vusi Malinga in December last year and Haskins is desperate for the rematch and the world title chance he craves.