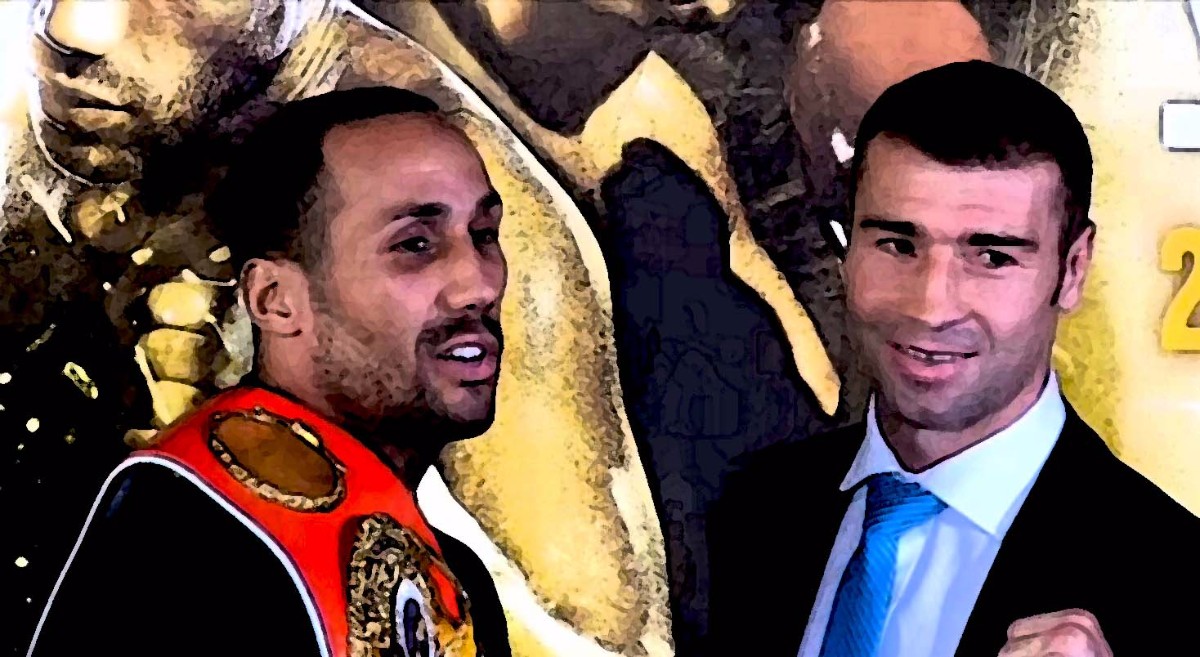 IBF world super-middleweight champion James DeGale defends his title for the first time on Saturday night away from home against Lucian Bute at the Videotron Center in Quebec but the Londonder says he has no problem fighting in Butes home and has promised to finish the former champion inside 3-rounds.

DeGale, 29, a former Olympic champion, became the first Briton to hold a gold medal and a world title after defeating Andre Dirrell in May to win a pro world title and make history, while cementing his place as one of the best fighters in the 168lb division.

DeGale and Bute came together yesterday for the final time before fight night at an arrange presser, below are the boxers quotes and above (on pic) a head to head video of the pair by iFLTV.

“It’s on – fight time is finally here. I feel like a beast.

“They think it’s going to be a boxing match, but it will be a destruction. It will be explosive. Three rounds – place your bets. Trust me.

“I fought the best super middleweight southpaw out there in Andre Dirrell and look what I did to him. Once he feels my power that will be it. I’m going to start fast and throw loads of punches.

“Carl exposed him and I’ll finish him. But I don’t care about Carl Froch – he’s old. I’m the new champion. If he wants this belt, he’ll have to come get it.

“I’m an old school fighter – I don’t mind travelling to fight in my opponents’ hometown.

“He was a great champion who has fought some great fighters so I should get kudos when I beat him.”

Romanian-born Canadian Bute has other ideas and is gunning to win back his IBF belt in front of his home supporters.

Bute landed the crown in Montreal in 2007 at the Bell Center and held the crown over five years and nine successful defences before Carl Froch took the title from him in Nottingham in May 2012.

“It’s a great opportunity to fight for my old belt in front of my hometown fans. I think they’ll push me toward the victory. I’m looking forward to becoming world champion again.

“I think he’s the best super middleweight in the world right now, but I’m very confident in myself.

“I had a great camp. I’m just ready to become world champion again.

“I’m healthy, I feel great physically. I have the power to knock him out and the skills to box him.

“Now I have a chance to take back my belt against another English fighter.”

“I’ve tried to come back and do what Lucian has done and it’s not easy. Tune in on Saturday night because what I’ve got is special, and you’ll enjoy what you see. It’s tough to win your world title back. I respect Lucian for trying, but James is a world class fighter. He’s ready for everything.”

“We did everything we had to do. Lucian is 100 percent prepared to surprise everyone on Saturday. Lucian knows what wearing that belt is all about – he wore it for about five years and he’s coming on Saturday to take it back to where it belongs.”