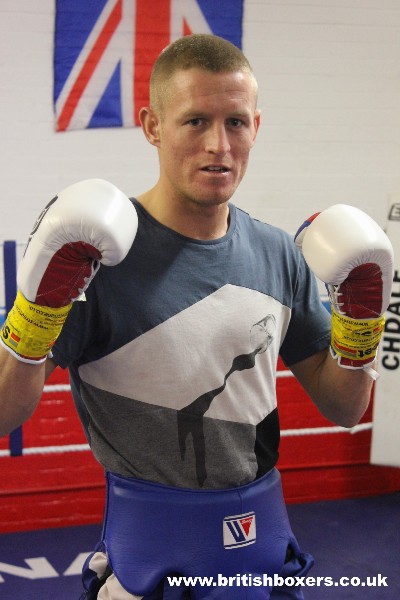 Flanagan: “I’m not in the game to bull s**t no one, I want big fights”

Lightweight Terry ‘Turbo’ Flanagan from Manchester is unbeaten in 22 fights. He has held the English super-featherweight belt and also won the Prizefighter Lightweight Trophy in 2012. With one of the longest unbeaten records in British boxing ‘Turbo’ feels 2014 has to be the year that he secures big fights for titles, with British, European, Commonwealth and world honours on his mind.

Southpaw stylist Flanagan, 24, who recently signed to appear on BoxNation, told www.britishboxers.co.uk ‘I’m not in the game to bull s**t no one, I want big fights now.

“I’ve said it from the start, I think I’m the best in the division and I’m hoping to prove that soon enough and by the end of 2014 I’ll have a title around my waist.”