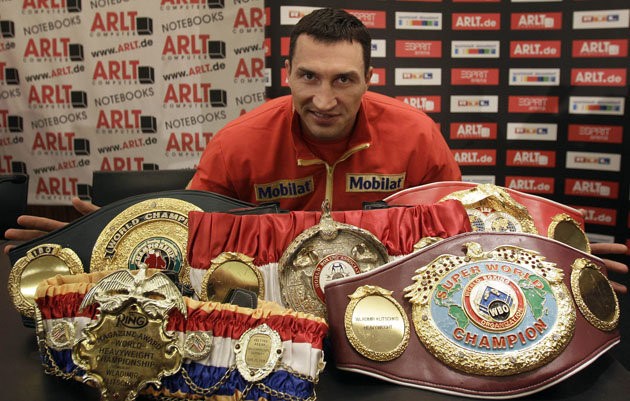 Heavyweight title shot? Get in the Queue!

Lots of promoters make rash promises. It’s the nature of the beast. But one of the most often made and least believed is the old favourite “A win in this fight will earn [boxer X] a title shot next.” How many times do you remember hearing those exact words in association with a hyped fight, usually domestic? Well, I hear it in my sleep and last night I heard it again.

Kalle and Nisse Sauerland are promoters of the highest order. They have a stable of decent fighters – including David Price and Mikkel Kessler – and are both cut from the same cloth as the domineering UK promoter Eddie Hearn; slick, friendly, professional and capable of doing much good in the sport and moving it forward into the modern age. They have nursed the careers of fighters who may well have fallen by the wayside and are positioned in the all too lucrative German market; no bad thing when the Champ fights there too. Oh, and German fans love boxing….which doesn’t hurt. In short, I don’t have anything but praise for Kalle and Nisse.

Tonight another of their charges is fighting on the undercard of the Braehmer/Maccarinelli WBA title fight. Kubrat Pulev – one of the finest boxers in the Heavyweight division – will take on Ivica Perkovic. I like Pulev, most of the boxing world does. He had an impeccable amateur career and has transferred that skill to the pro ranks easier than most. Wins over Dimitrenko, Ustinov and, last summer, against wily old Tony Thompson have all concreted Pulev’s status as a genuine, capable and nailed on contender. The Thompson fight was the “final eliminator” for the IBF.  And now we find a problem in the madness of boxing….there is a queue.

The Sauerland’s tell me that Kubrat is going to be fighting Wladimir – should they both dispose of their next opponents, which is possibly easier than making a cup of Bulgarian coffee – and the dull ring of “title fight….next” came ringing in my ears. Maybe that’s true, who knows in the smoky world of boxing promotion? I’ll take their word for it, like all the others, but WK’s schedule is looking pretty busy….

At the end of this month Klitschko fights the sacrificial cow Alex Leapai. Few doubt he’ll lose, just like few doubt Pulev will lose tonight. Then, of course, there’s the July bout between Fury and Chisora, which Frank Warren assures us is 100% a WBO title eliminator and the winner is 90% next in the queue after Leapai. Put in one more voluntary defence – which Team Klitschko are masters of slipping in – and there are apparently a minimum of 4 title fights for Doctor Klitschko lined up. And that’s without factoring in any supposed leap into the WBC to unify the titles before Wladimir gets much older than his 38 years. Time is short and there is much, it seems, to do. He can’t fit it all in; Wladimir has never been the most active of Champions.

Taking him at his average defence rate of around 2 fights a year and after Leapai that leaves one more fight at the end of 2014 and two in 2015. Believing what the promoters are telling us this means his diary reads – “Do shopping. Go to gym. Destroy Leapai, then fight Pulev, then Fury/Chisora, unify the belts…..and all before my 40th. Note to self – do I really want to risk my legacy fighting Pulev or Fury?”