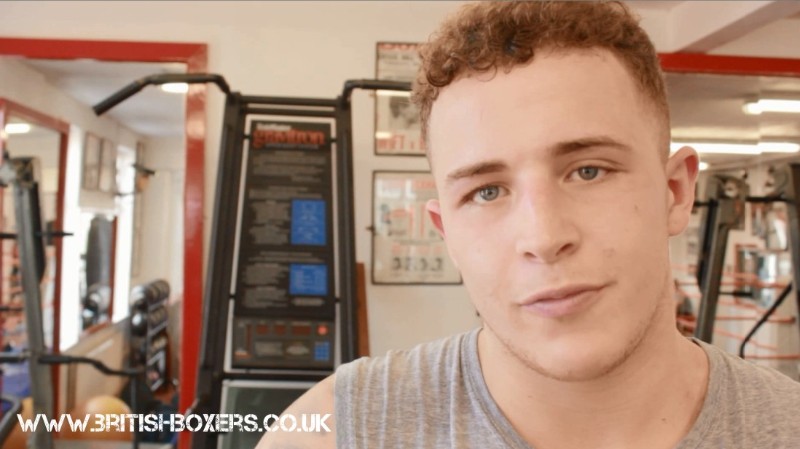 Sam ‘Nowhere 2’ Hyde is a cruiserweight from Manchester who is trained by Ensley Bingham and Maurice Core at the famous Champs Camp Gym.

Hyde, 20, made his professional debut last month against Elvis Dube, winning on points over 4 rounds. His next outing will be on the 19th April at the Manchestedr Arena on the undercard of Scott Quigg’s world title defence and the John Murray–Anthony Crolla Manchester derby.

Sam started boxing when he was 14 at Paul Dunne’s Sale West Amateur Boxing Club. He had his first fight at 15 in Nottingham, winning by knockout in the 1st round 1 minute in. He then won 6 more fights on the trot by Knockout.

He Sam won the Junior ABA title at 91kg and was then selected for England in the Tri-Nations against Scotland and Wales. Unfortunately both country’s pulled out.

Sam then won the CYP championships at 91kg winning both fights by unanimous decision. He was awarded Ex Boxers boxer of the year for his success.

After 3 years he changed gym’s and went to work with Gary Booth in Irlam. He got picked to fight for the North West in Isle of Man. Sam beat Danny Linehan, a good prospect by unanimous decision getting ‘Fight of the Night’. Sam was selected to trial for the GB squad because of his good results but after assessment he was rejected because his style was not amateur enough. His come forward professional approach didn’t suite what they were looking for. It was a knock for Sam, his Olympic dream was over and he needed a new goal. His mind was then made up, when the time was right he would turn professional.

He entered Sweden’s Box Cup at 91kg. There were 7 entries where Sam boxed a undefeated local star, Robin Safar. He had won most fights by knockout. In his next fight, Sam then fought another local fighter, knocking him down 3 times before the referee stepped in for a first round stoppage.

After a few more amateur fights he made the decision to change gym again as he felt he wasn’t working technical enough. Sam decided to go over to the Champs Camp to have a look and do some training there. Former British champion Bingham took a shine to him and liked his style, telling him he was ‘built for this’ and said he would train him and help him to turn pro.

Being around the professional set up at the Champs Camp, with top fighters at his side has helped Sam come on massivly and he has raised his game to higher levels under Bingham and Core.

We was at the Champs Camp recently and spoke to Sam about his boxing career and hopes for the future with a quick Q&A after watching him put through a hard training session by coach Core.