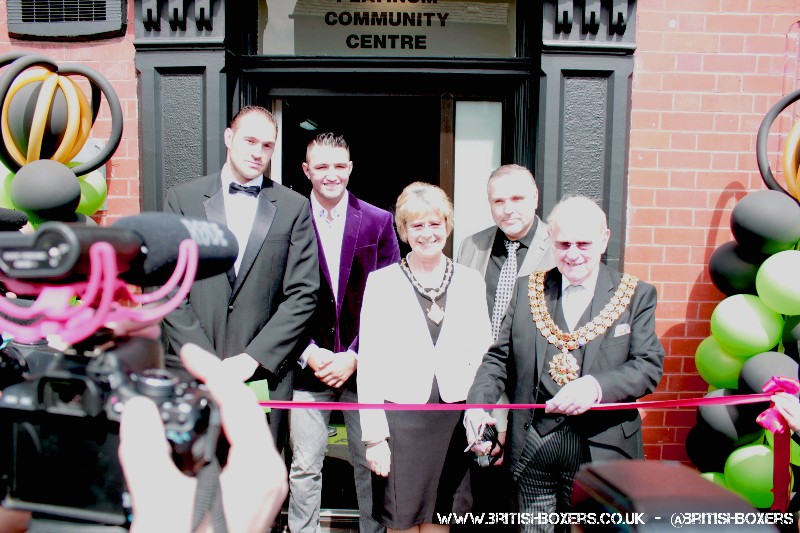 Today Team Fury with a little help from their friend’s, opened a fantastic new boxing gym in Bolton which will be their base for the foreseeable future. Heavyweight boxing star Tyson Fury, along with uncle and coach Peter Fury, undefeated cousin Hughie and other members of the Team Fury entourage, together with the Mayor of Bolton, the local MP and the Chief Superintendent of Greater Manchester Police were all on hand to announce the venture officially open.

“We’re really excited about getting this Team Fury gym up and running,” said Peter Fury.

“It’s been a lot of hard work in the making but we’re there now and the set-up is fantastic. Tyson and the rest of the team will be based there and hopefully the gym will soon have its first world champ.”

Undefeated in 22 fights, with 16 KOs, Tyson is the former British and Commonwealth champion who faces Londoner Dereck Chisora at Manchester’s Phones 4u Arena on July 26 – with the winner likely to face Wladmir Klitschko for world honours later in the year.

Along with the pros, the premises will also be the base for an exciting new amateur boxing club – Metro ABC – which will be run by renowned trainer Tommy Battle. And the centre will also welcome all members of the local community to get involved and get fit.

We went along to the opening of the Platinum Community Centre to see the gym which is based in an old converted pub on the main Halliwell Road in Bolton, BL1 8AP.

With many of the games stars past and present in attendance including Tyson and Hughie Fury, there was ‘Fast Eddie Chamber’s, Dave Allen, Anthony Crolla, Kid Gallahad, Brendan Ingle, Joe Gallagher, Clifton Mitchell, Michael Jennings, Scott Quigg, Matty Askin, other fight dignitaries and friends, family and fans giving their support the day was a real success and we would like to wish Peter Fury and the team all the very best with the gym for the future.

Video footage from the day Part 1