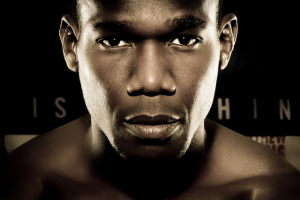 McKenzie Confident! “I know in my heart if I catch him, it’s game over.”

Derby’s Commonwealth cruiserweight champion Ovill McKenzie says he will be the strongest he’s ever been when he faces British ruler Jon-Lewis Dickinson at Newcastle’s Metro Radio Arena on June 7.

Known for his big-punching, the Jamaican-born fighter has campaigned mostly at light-heavyweight where he has beaten the likes of former world champion Enzo Maccarinelli, and had Tony Bellew in dire straits in a memorable 2010 scrap.

Now, after picking up the Commonwealth strap in his last fight, Ovill believes the 14st 4lbs division will herald a new dawn and fight-fans will see a blistering performance when he clashes with Dickinson on the undercard of Stuart Hall’s IBF world bantamweight title defence against Paul Butler.

“Cruiserweight is where I feel comfortable,” explained Ovill, who has KO’d 11 opponents in 22 wins. “I feel myself getting stronger and fitter, and I’m not having problems losing or gaining weight. I’m hitting harder; every time I go to the gym I feel like I’m gaining power.”

After winning the British crown in 2012, Dickinson landed the Lonsdale Belt outright in March when he stopped another renowned puncher, Neil Dawson, in 10 rounds. Although respectful of the North East man, McKenzie sees nothing outstanding and is confident of coming out on top in their ‘winner takes all’ encounter.

“He’s a highly-rated boxer. We’re all in the same business and I respect him. For me, it’s 50-50 between us. I’ve never met him but I respect him because we’re professionals doing a job.

“I’ve seen a bit of him on YouTube. He’s a boxer that uses his jab. There’s not really anything fancy. He’s a normal boxer. Nothing stylish about him, he’s a straightforward boxer.