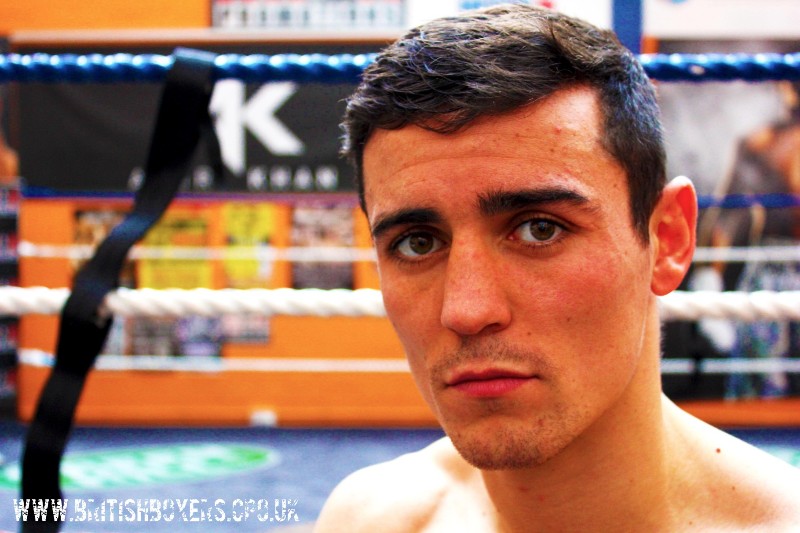 The pair accidently clashed heads at the end of the 3rd round, which left Diaz with a cut above his right eye. Diaz immediately dropped to the canvas, making it clear that he was more than happy to call it a night. His corner made no attempt whatsoever to manage the cut in between rounds and the fight came to its premature conclusion.

Speaking in his post fight interview with Ed Robinson, Crolla stated, “I’m massively frustrated, even more so for the Manchester fans who got behind me. I’m sorry, it’s a sickener but one of those things”.

“I’m not speaking badly of Diaz, it’s a technical draw and the doctor felt he was unable to continue, but I feel like he was happy with that”.

“I could definitely feel him slowing down, the plan was to have a look for the first few rounds, and then put it on him. I’m very confident that I would have got the win”.

Crolla remains on course for a world title shot. Talk before this fight was that WBA champion Richar Abril was close to agreeing a defence against Crolla, and promoter Eddie Hearn remains equally confident that he can secure his man that opportunity.

The Manchester fighter has been in this position before though, and is more than aware how things can quickly change in this sport.

2012 saw Crolla start the year on the verge of a possible world title shot against then champion Ricky Burns. However, in April of that year Crolla was surprisingly stopped by Derry Mathews in an epic battle. Many had assumed that Mathews was merely a stepping stone along Crolla’s path onto greater things.

Crolla would subsequently find himself fighting for the English lightweight title against Kieran Farrell in Manchester, with his career firmly on the line. Defeat would have left the New Moston man out in the boxing wilderness, but Crolla is a man made of stern stuff and engaged in a fierce contest alongside Farrell, which unfortunately ended in tragic circumstances, cutting short the career of Farrell.

A rematch with Mathews followed, ending in a gruelling draw and Crolla was slowly starting to build up some momentum once again. A contest with Gavin Rees was agreed, with the Welshman himself looking to rebuild following a brave knockout loss to Adrien Broner. Rees was a strong favourite for the victory, but Crolla alongside trainer Joe Gallagher, came up with the perfect tactics and emerged with the biggest win of his career, capturing the WBO Inter-Continental lightweight title in the process.

A routine defence against Stephen Foster paved the way for an all Manchester battle with long time friend and ex stable mate John Murray. Although Murray was coming off the back of a lengthy lay off due to concerns over a brain scan, the general feeling was that the battle hardened Murray would simply be too big and strong for ‘nice guy’ Crolla. It was typical of Crolla to prove the doubters wrong, stopping Murray in the 10th round of another grinding contest.

Saturday’s draw, alongside these previous victories, keeps him within touching distance of a world title shot.

Manchester, a city rich in boxing history, love nothing more than a hometown hero to get behind. With his infectious fighting style and down to earth personality, Crolla more than fits the bill. Whether he has the talent required to lift a world title, remains to be seen, but one thing for sure, you’d be a fool to write him off.