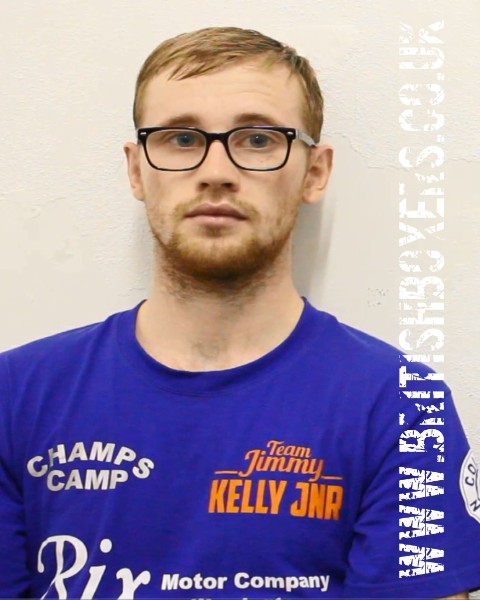 Unbeaten Manchester light-middleweight prospect Jimmy ‘Kilrain’ Kelly has his 11th professional fight when he takes on Slough’s John Brennan at the Phones 4U Arena in Manchester on the undercard of Scott Quigg’s WBA World super bantamweight title defence against Belgium Stephane Jamoye on September 13th. (more on this show.)

Kelly, 22, picked up the vacant British Masters Bronze light-middleweight title four fights ago, when he outpointed Atherton’s tough William Warburton in May last year. Since then he has had 3 more wins and is being brought along at the right pace with the correct match-ups while he develops his trade under his coach and manager Ensley Bingham and Maurice Core at the Champs Camp Gym in Moss Side.

The Wythenshawe Warrior has big ambitions in the sport and the hugely competitive ‘Kilrain’ dreams of gathering up all the domestic titles, including the English, British, Commonwealth and European belts, before moving onto world level, an achievement team Kelly believe they can reach. But before that he is prepared to take it one step at a time and has his eye on another achievement first, to pay tribute to his Irish roots. And the boxer explains why he would love to fight for the Irish light-middleweight title, currently held by Bermondsey’s, Galway born champion Peter McDonagh.

“I’d like to win an Irish title for my heritage.” Kelly told www.britishboxers.co.uk

“That would be a decent fight as-well with me and Peter McDonagh if it can be made, a good learning fight and would set me right up for a British title.”

Winning the British title would be a great achievement for Kelly and it would also be a poignant moment for his coaches, ‘Bingo’ and ‘Hard Core’, themselves former British champions are now building the famous Champs Champ gym back up. The gym which was founded by the late Phil Martin in the early 80’s. At one time the gym boasted five British champions at the same time (still a record) and countless other champions along the way. It was one of the most successful British gyms of the 80’s and 90’s and the most feared! When you were fighting someone from the Champs Camp, you knew you were in for a tough night!

The walls of the Princess Parkway gym are adorned with old pics and newspaper cuttings that document times gone by and the past glory days. And then Pride of place is the ‘champions wall’ Where a number of decorative gold frames high up near the ceiling exhibit the pictures of each of the past British champions all wearing their shiny gold Lonsdale belts with pride.

Training their own British champions to follow in the footsteps of the Champs Camp boxers of the past including themselves, is something the former fighters Bingham and Core are working hard to achieve and believe the crop of talent under their tutelage can replicate the Halcyon Days and young Jimmy says he will be one proud man if he can eventually get his own framed picture on that wall with the Moss Side pugilists of the past.

“Eventually when I win a British title, to have my picture on the gym wall next to all the other champions would just be a dream come true.” added Kelly.

“My dad used to box here when I was a kid and he used to tell me about it and when I first came and then eventually turned over professional here it was just like, wow!”

Coach Bingham is impressed with his student’s attitude and his ambition and feels he has what it takes to emulate the historical Moss Side champions. “As a coach and a manager to these boys I have set myself a high standard to train and manage them to a high standard and to deliver them championships.”

“I am very happy with Jimmy’s progress he is improving all the time and there is no reason why he cannot achieve his dreams, he is a special talent has all the attributes to make it.” added Bingham. “I don’t want them to just become champions, I want them to be established champions, things are going well.”

Watch the full interview with Jimmy Kelly and his coach Ensley Bingham on the video above.