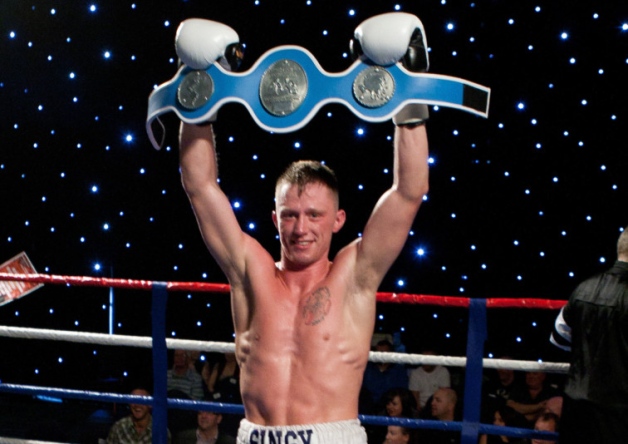 After headlining at Bolton’s Reebok Stadium on September 20, Shayne ‘The Pain’ Singleton is eyeing up a potential clash with fellow rising-star, Bradley Skeete.

Singleton versus Skeete would be a terrific trade-fight.  Both welterweights are unbeaten in 17 and have similar KO ratios – Singleton has finished four opponents early; Skeete six.

With it all on the line, and the winner likely to be slotted in for a crack at the British championship, Colne’s Singleton wants to meet the Londoner sooner rather than later.

“I don’t want tick over fights because they’re not doing me any good; I’ve done all my learning and want the big fights.  British, Commonwealth, or even without a title on the line, I want the big names.  I know where I’m at and want to prove it.

“Ideally I’d like Skeete,” explained the former English light-welterweight champion.  “He’s a class act, as is anyone in the top-ten rankings.  But I’d work out a plan and I would beat Bradley Skeete.  It would make one hell of a fight because it’s a 50-50 fight, but I believe I could take him.”

First up, Singleton has a tricky assignment to negotiate in Bolton when he meets unbeaten Steve Jevons for the British Masters Silver belt.

Derbyshire’s Jevons is 8-0 and knows that scalping the bigger-name would be a fast-track to the top.  Determined not to slip up on any banana skins, Shayne is promising Bolton fight-fans an emphatic performance.

“No ifs and buts, he’s coming to win.  I’m 17-0 and on the verge of big things, so he’s going to be very determined to upset me.  If he did win it puts him right up there in the mix.  I’m not overlooking him, but this sport is all about levels, and we’re at different levels in our careers.

“He’s a six-foot southpaw, so that’s awkward enough without him being unbeaten!  I’m looking forward to it though and looking for a test.  He’s never been into the later rounds so I’ll work him out for a few rounds and then try to get him out of there mid-way through.”

“Shayne’s win over Curtis Woodhouse, who went on to become British champion, shows you how good he is,” said promoter Steve Wood.  “He’s ready to be thrown in with any of the top British welterweights and we’d back him all the way.  He can’t afford to slip up on this Bolton show though.  We know Jevons will be looking to cause a major upset and it will be a great fight.”