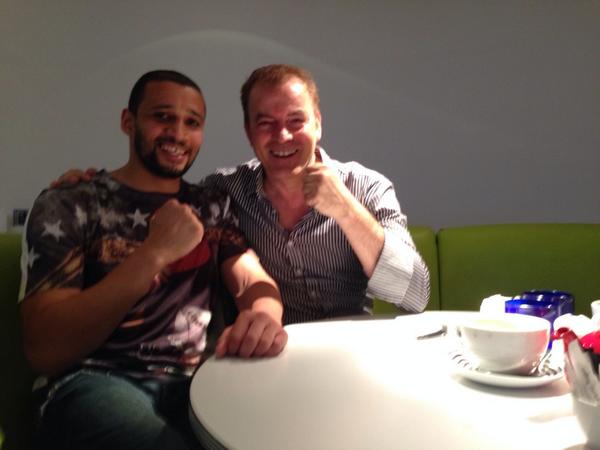 Former British light-welterweight champion Curtis Woodhouse has turned his back on retirement and signed a three year managerial deal with promoter Dennis Hobson.

Woodhouse, who gave up a lucrative career in top-flight football to become a paid fighter, lost his crown in June after an enthralling tussle with Scotland’s Willie Limond, and decided to call it a day shortly after.

However, the 34-year-old has since had a change of heart and believes his partnership with Hobson – who has guided the likes of Clinton Woods and Stuart Hall to world honours – will bring more title glory.

“When you look at Dennis’ track record, it’s not been a flash in the pan. He’s been delivering for his fighters for the last 10-15 years, and that’s what appealed to me more than anything.

“You speak to a lot of promoters and they promise you the world but deliver little. Dennis has said ‘you do your bit in the ring, and I’ll do my bit outside’. We spoke about the fighters he’s taken to world title fights, and he thinks I can do the same.

“Look, I never put a pair of gloves on until I was 27, and I’ve been learning as I go. I managed to win the British title doing that, and I’m still developing as a fighter. I felt pressure to retire because people around me wanted me to, but speaking to Dennis has given me a new lease of life.

“I’m just really excited. It’s a new chapter for me, and Dennis has got great connections worldwide. It’s going to be an exciting journey and one I can’t wait to get stuck into.”

“I’m delighted with the signing of Curtis,” explained Hobson. “He’s the kind of fighter fans love to watch, and I know there’s more to come from him.