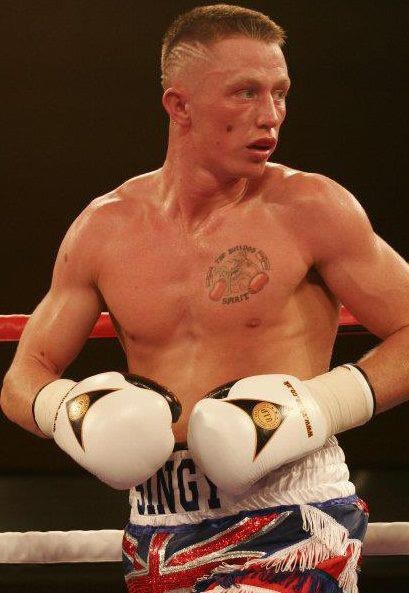 Shayne Singleton is in line to face either Frankie Gavin or Bradley Skeete.

The Colne man was to fight a Commonwealth welterweight title eliminator this Saturday (October 18) at Manchester’s Victoria Warehouse but, after opponent Sam O’Maison withdrew, will box a 10-round international contest instead – aired live on the Matchroom Fight Pass platform.

With Gavin and Skeete contesting the vacant Commonwealth belt in November though; Shayne knows the big-time is just around the corner.

“I’m not sure who’ll win between Gavin and Skeete,” said Shayne, 18-0 with five KOs.  “If it’s just about class and ability then you’d say Frankie Gavin.  But if you look deeper then you see the height and reach difference of Skeete and it could cause problems.  If Bradley has the right mind-set and game plan he could do very well, better than a lot of people expect.

“I’ll absolutely fight either of them though.  Gavin, Skeete, or any of the top ten welterweights.  I don’t go shouting people out but I’ll fight whoever they put in front of me.  I’ve wanted to step up for a while and I want to get in the ring with any of the top ten to prove what I can do.”

A former English light-welterweight champ, with a win over former British ruler Curtis Woodhouse, Singleton has stealthily worked himself into contender position.  With an eye-catching stoppage victory over previously unbeaten Steve Jevons last time out, ‘The pain’ is in the best form of his career and vowing to put on a Manchester master class.

“I was looking to prove a point [against Jevons]; I wanted to show what I can do because I feel like I’ve flown under the radar a bit.  I’ve got an entertaining style, and I like to get stuck in and have a war.  In some fights I have been under strict rules to box and make it as easy as possible, but in the Jevons fight I just thought ‘I’m going to go in and get him out of there’.

“In this fight I’ve got to perform the best I’ve ever done.  My last fight was my best performance to date and I want to add to it and show a new audience what I can do.  I want to show Eddie Hearn and all the Matchroom team who I am, and to stand out.”

Promoter Steve Wood explained: “Shayne deserves the big stage, and a big title fight.  He looked sensational against Jevons, and maybe he didn’t get the credit he deserved from the boxing press for his win over Woodhouse.  I’d back him to trouble any welterweight in this country.”

The show will be aired live via Matchroom Fight Pass, and on delay via VIPBOXING.TV