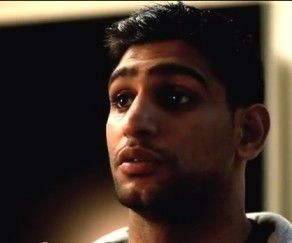 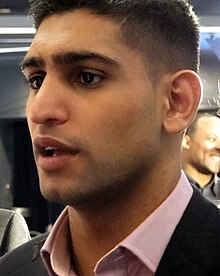 His real Amir Khan’s world caved in when dropping a close, contentious split decision to Lamont Peterson in Washington last December.  It wasn’t just the loss of his IBF and WBA welterweight titles that hurt the Bolton boxer.

A bone of contention was a burning sense of injustice at the events surrounding the fight, which have now passed into boxing folklore due to ringside interference from Mustafa Ameen (AKA “the man in the black hat”), errors on the scorecards that were hastily amended and referee Joseph Cooper’s decision to twice deduct points from the defending champion due to his habit of pushing Peterson away.

Amir and his team protested the loss long and hard via Twitter and through boxing websites.  Many, this writer included, wondered if “King” Khan was pushing the issue too far and overlooking Peterson’s epic performance, plus the flaws in Khan’s own strategy, on the night.  This school of thought was torpedoed when Peterson failed a drugs test ahead of their proposed May 19 rematch due to the administration of synthetic testosterone pellets that the now disgraced former hero claims were used to combat a testosterone deficiency.

Khan now meets Danny Garcia, 24, for the WBC 140lb title at the Mandalay Bay on July 14.  He expects a tough fight against the American fighter – who is 23-0 (14) and recently defeated Erik Morales – but still feels aggrieved about the Peterson debacle.

“I needed a fight before Ramadan on the 20thof July, so if I didn’t fight before then I’d have been out of the game until September, which would have been 10 months and that is too long,” said Khan when speaking to Britishboxers.co.uk at the Carl Froch versus Lucian Bute fight in Nottingham on Saturday night.

“I was ready for Peterson anyway and it was only a few weeks away when the fight was called off.  I was disappointed because I wanted to win the titles back and had focussed on that.  Garcia is tough, he is with Golden Boy as well, so it was an easy fight to make, and we just had to move on once the news about Peterson failing a test came to us.”

Khan has every right to feel vindicated, as Peterson has denied him the opportunity to avenge December’s defeat.  Indeed, the 25-year-old feels that the Washington-based boxer benefited from a stack of advantages, both seen and unseen, on the night in question.

“To tell you the truth, I am just happy that the truth came out as it always does and even with all the stuff he had in his favour – the guy in the black hat, the referee, the messed up scorecards and this test stuff – I felt that I had put on a good fight out there and deserved to win,” stated Khan.  “Then he comes out and admits that he took drugs, so I feel the testosterone injection was another thing that he had in his favour that night.

“I wanted to beat him again, but if I don’t get the chance then at least the truth is out there now.  I’d love to go in there with him and knock him out.  I know that I had trained harder than ever for the rematch, but I’m glad in a way that it came out like this – it might be for the best and help clean up the sport.

“Other fighters might want to add to the quality of drug testing in future and it might force guys who may take something to thing twice.  Look what’s happened with Andre Berto failing a test [Berto has tested positive for a banned substance and lost out on the chance to fight a rematch with Victor Ortiz on June 23].  It is all about cleaning up the sport and giving fighters a fair chance in a fight.”

He added: “I want to fight Peterson again, but I don’t think it will happen as he should be banned.  When the day comes when he can fight again, I’ll have moved on.  I think we’ve proved everything we said.  Whatever he did, it was wrong.  I still believe I won the fight despite having everyone against me over there.  If you go into a guy’s home state you walk into the ring two rounds down, but I felt I won it and still want to fight and beat him at some point.”

For now, though, Garcia is on Khan’s agenda and the Peterson saga will be placed on the backburner as the 26-2 (18) fighter seeks to get back to the top of the light-welterweight tree before having a crack at the top guys up at 147.