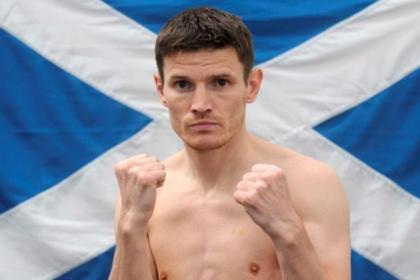 Limond puts British title on the line against Jenkins

Willie Limond will defend his British Light Welterweight title against Chris Jenkins at the First Direct Arena in Leeds on April 11, live on Sky Sports.

Scotsman Limond wrestled the title from Curtis Woodhouse in Glasgow in June, landing a Lonsdale belt at the second time of asking after challenging Anthony Crolla for the Lightweight title back in 2011.

Unbeaten Welsh challenger Jenkins rose to fame after running away with the Prizefighter Light Welterweights III tournament in July 2013, entering the night with just seven fights under his belt but winning every round of his quarter-final and semi-final before knocking out Danny Connor in the second round of the final. The 26 year old has moved to 16-0 and picked up the WBC International Light Welterweight title a year ago, but faces his first big test against the experienced Scot in Yorkshire.

Limond’s clash with Jenkins is part of a huge night of action in Leeds, as hometown favourite Josh Warrington faces Dennis Tubieron for the vacant WBC International Featherweight title and World title eliminator.