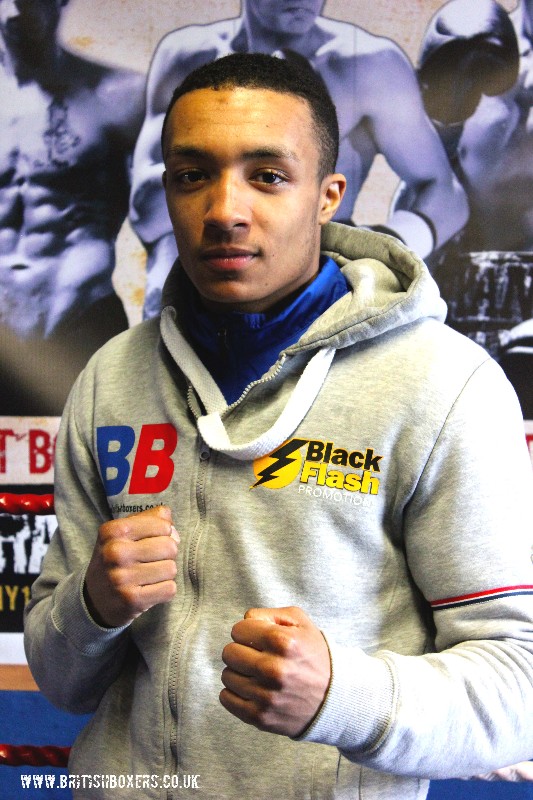 Zelfa Barrett aiming for the top

Rising Manchester starlet Zelfa Barrett will resume his professional career in front of Middleton Arena’s fight faithful on Saturday night as he enters the ring for his fourth paid contest.

The talented “Brown Flash” has shown a number of dimensions to his in ring character in previous contests, displaying silky smooth skills, as well as an impressive degree of synonymously “Barrett-esque” power punching last December when knocking out the usually teak- tough Joe Beedon in less than a round.

“I definitely think I’ve got some of Pat’s power” stated Zelfa, in reference to his trainer and uncle, former world title challenger and British and European champion Pat Barrett.

Barrett’s last encounter with Stockport’s Jamie Quinn in January has highlighted that he is by no means a fighter who will be looking for a one punch finish as with the Beedon fight.

Zelfa preferred in the Quinn contest to showcase a range of skills, including a capability to comfortably draw his opponent onto his punches, boxing off of his back foot and using footwork reminiscent of a gazelle in its elegance to retain control of the ring.

Barrett coolly admitted that the lack of knowledge of Saturday’s opponent is not an issue to affect his preparations:

“I’m ready for whatever happens, we’ve been working a lot on the jab in training and I’m happy to box or fight to win, I just can’t wait to get in there”.

Zelfa will be featuring fourth in a 6 fight bill on Saturday night, and is climbing ever closer to main event status. In a parting shot, Zelfa playfully extended some words to Middleton fighter Matthew Ryan, who heads up proceedings.

Tickets for Zelfa’s fight can be purchased here:

This show will not be streamed Live