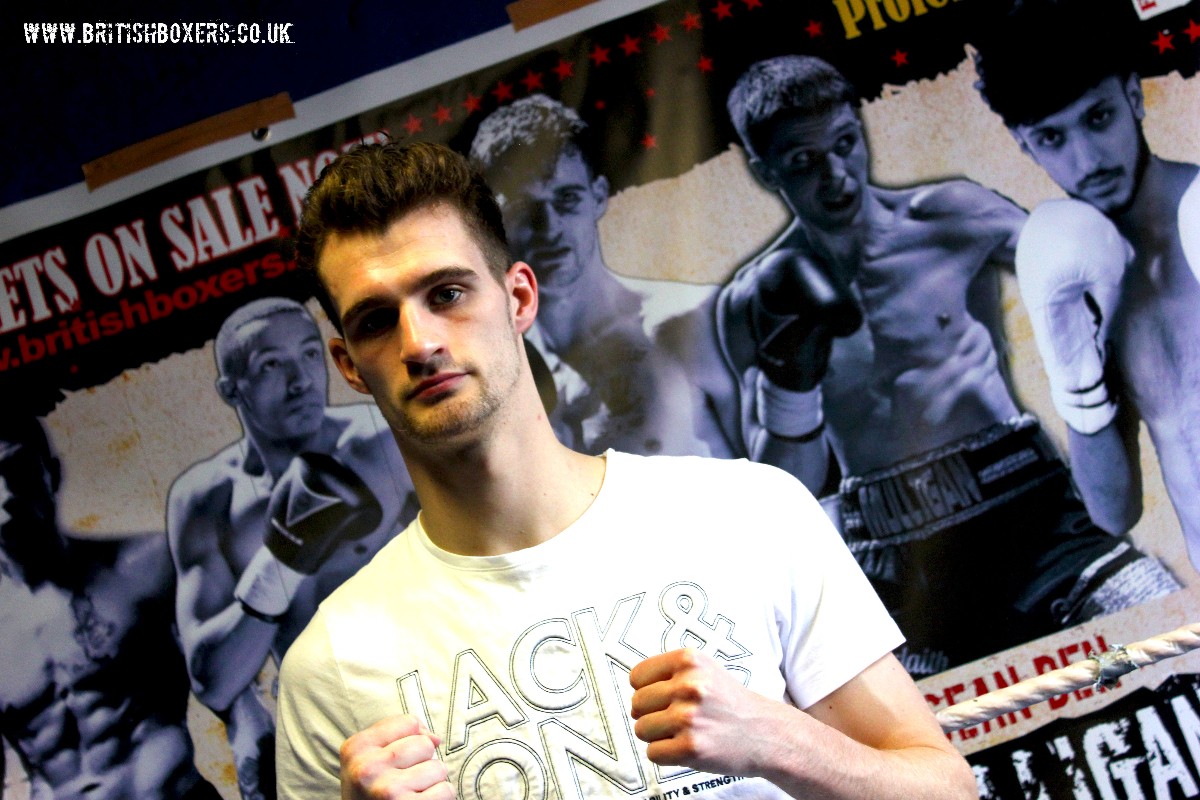 Middleton stylist Matthew Ryan heads into what will complete a hat-trick of home town headlining fights on Saturday night (March 28th) nourished by the support of his Middleton fan base and looking to cap off the evening with another exciting victory.

The likeable 24 year old has been described by myself in the past as having the appearance of a “cherubic choirboy” before entering the ring. His subsequent showings following this have shown that my view prior to witnessing Ryan’s fight time demeanour was somewhat detached from reality.

Outings against Mick Mills and a re-match against Brighton’s Kevin McCauley have indicated Ryan’s propensity for a war and resulted in two give and take scraps.

Matthew himself advised that trainer Pat Barrett was set the task upon Ryan’s arrival under his wing of “turning me into a boxer from being a fighter” and that his switch from the amateur ranks is a massive learning curve. “Pat is a perfectionist and I can always be doing something to improve, which is a good thing”. Ryan told www.britishboxers.co.uk

There may indeed be signs that this conversion from a fighter to a more traditional boxer is still a fledgling process with glints of promise. Ryan has also showed that he can work well behind a jab in both the Mills and McCauley affairs which assisted him in setting up attacks.

He appears to be driven by the crowd in his fondness for high octane action. “The crowd will always see a great night of boxing at the Black Flash promotions shows and I just want to thank them for all their support in buying tickets and showing up on the night, hopefully I can reward them with excitement and a win”.

This show will not be streamed live