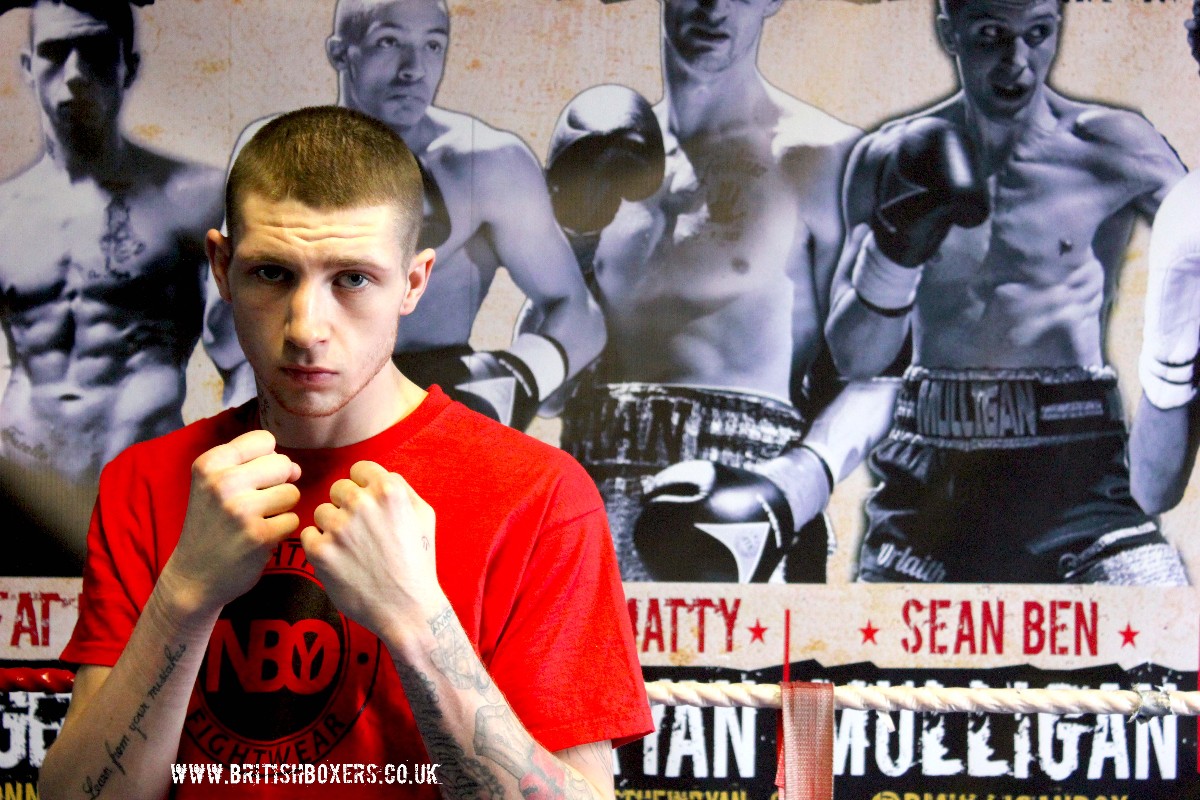 Chris ‘Fatboy’ Monaghan’s path to his professional boxing debut is ready to be trodden in at the Middleton arena on Saturday Night following a frustrating setback prior to the last Black Flash Promotions show last January.

Monaghan was in a philosophical mood when quizzed about this episode: – “There was a problem with my medical so I couldn’t get the license in time. It was a setback at the time, but as Pat (Barrett) says, it has been for the better and given me far more time to prepare and get used to the atmosphere with the lads in the gym”. Monaghan told www.britishboxers.co.uk

The Salford man described the differences between the amateur and professional codes and how this has been of benefit to him in training “There’s a lot more planting of your feet in the pro’s, whereas the amateur game is like a game of tag really”, quipped Monaghan.

“You can obviously get hurt as a pro, so we have been focussing on moving the head more and defensive work in the gym”.

Despite a well publicised battle with the bulge, giving Monaghan his unusual moniker of “Fatboy”, he explained that he has been very comfortable with Making weight in the run up to his big night:

“I am happy, ‘cause I don’t have to come in bang on 11 stone, I can be around two pounds over so that’s less to worry about”.

Monaghan was present at the last Black Flash promotions show last January and was impressed with the atmosphere generated by the capacity crowd at the Middleton arena.

“I sat there and remember thinking wow….it’s a really good venue and everyone gets behind the lads, it was amazing”.

Undoubtedly, the entirety of the support present on Saturday will extend Monaghan the same courtesy as he embarks on perhaps the most important leg of his boxing journey.

Tickets for Monaghan’s pro-debut can be purchased here

This show will not be streamed live