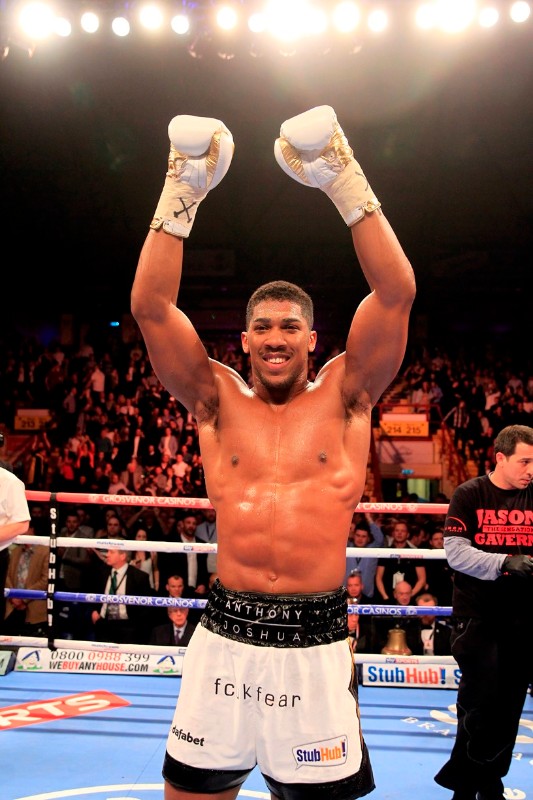 JOSHUA TO MAKE MIDLANDS DEBUT ON MAY 9

Anthony Joshua MBE will face Rafael Zumbano Love in his Midlands debut at the Barclaycard Arena in Birmingham on May 9, live on Sky Sports.

Joshua returned to action in Newcastle on April 4 with a third round stoppage win over American Jason Gavern, and the Olympic Heavyweight gold medal hero will be looking to sharpen his tools in explosive fashion in Birmingham before facing Kevin ‘Kingpin’ Johnson on May 30. Love will provide a stiff test for Joshua, with the durable 6ft 4in challenger going the distance with Shannon Briggs for the NABA heavyweight title in June 2014 and landed the WBC Latino belt and vacant South American title with a first round KO on Saturday.

Birmingham’s Kal Yafai faces Rey Megrino for the WBC silver flyweight title, Blackpool favourite Brian Rose is looking to make quick progress as he moves up to Middleweight and there is a welcome return to action for Liverpool’s Super Middleweight star Callum Smith.

World-rated Middleweight Matthew Macklin boxes in Birmingham for the first time in almost five years as he targets a World title shot, with a shot fellow Irishman Andy Lee on the top of his wish-list and Kal’s unbeaten brother Gamal will continue his rise in the pro ranks.

“I’m excited to bring Anthony to the Midlands in our first show there for over 13 years,” said Hearn. “It’s a big night for a number of Midlanders as Kal Yafai takes a huge stride towards a World title shot, Matthew Macklin returns to the ring chasing a World title shot later this year and Sam Eggington looks to continue his March in the 147lbs division. There is the long awaited return of Callum Smith from injury and Brian Rose begins his campaign in the Middleweight division.”