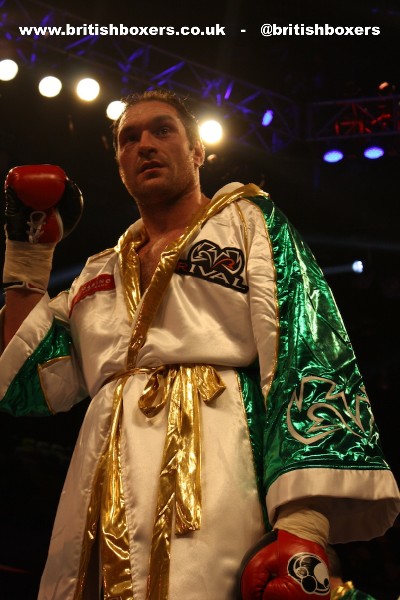 With the news that heavyweight King Wladimir Klitschko has agreed terms to face Britain’s Tyson Fury in Germany on October 24th, it is time to have a look at exactly what that means for the division.

Klitschko aged 39 from Ukraine has ruled over the heavyweight division for years now collecting a highly impressive 64-3 fight record with 53 wins by way of knock out.

Klitschko hasn’t lost a fight since 2004 when he was defeated by Lamon Brewster at the Mandalay Bay in Las Vegas. Since this fight Klitschko has won 22 consecutive fights and rarely been tested.

Standing at six foot, six inches tall he uses his height well and keeps opponents at range with his fantastic jab. His jab controls opponents and slowly breaks them down. It is a hard, accurate shot which pops fighters heads back and prevents them from getting up close and unloading on him.

He is very much a safety first fighter who looks to spoil up close and grab hold when a fighter gets past his jab. You do not see Klitschko standing and trading shots with an opponent and he has been hugely successful with his adapted style.

Much of Klitschko’s success has go to the legendary trainer Emanuel Steward who turned Klitschko’s career around and made him a much more defensively sound fighter. Steward was instrumental in Klitschko’s dominance and despite the passing of Steward in 2012 his wisdom lives through the likes of Klitschko.

However the Ukrainian did little to impress US fight fans at the fabled Madison Square Garden in New York in his 22nd straight victory and an 18th straight heavyweight world title defence.

Klitschko is approaching the record of 25 title defences made by American legend Joe Louis in the sport’s glamour division after keeping his International Boxing Federation, World Boxing Association and World Boxing Organisation with the minimum of fuss.

Klitschko is a man who has received huge levels of criticism over the years for supposedly being a boring fighter. Klitschko isn’t the most entertaining fighter as he chooses to systematically break opponents down before knocking them out.

This is done to prevent danger to himself and it has lead to criticism as fans like to see heavyweights get in the ring and try to knock the other guy out as quickly as they can.

Klitschko is a fighter who is likely to be appreciated more when he is retired and history will look back on him more favourably than fans do at present. He is a world class boxer who has dedicated himself to his craft for years and dominated the heavyweight division.

Klitschko’s next opponent has been confirmed as none other than the loud-mouthed, brash Tyson Fury who forced his way into a mandatory position.

Mancunian Fury (24-0, 18KOs) earned his shot after his 10th round stoppage of Dereck Chisora last November and then took a warm up fight against Christian Hammer in February winning by 8th round stoppage. He took the fight with Hammer after agreeing to step aside to allow Klitschko to face Jennings in a voluntary defence, with the understanding that he would be next in line, which Klitschko is willing to honor.

Fury has met Klitschko before when the late great trainer Emanuel Steward who trained the Ukranian champ, took Fury over to Germany to train in the champions camp. While their Fury offered Wladimir, but says the he turned him down. At the time Klitschko was in training to defend against Chisora, a fight that never occurred after Klitschko pulled out, Fury says that Klischko was scared of Chisora and also to spar him.

“If I ever get hold of Wladimir I will smash him in bits.” said Fury. “He is a shit-house man he wouldn’t spar his shadow.” (WATCH VIDEO)

Fury is an interesting character who does as he pleases and couldn’t care less if people like him or not . You do however get the feeling that a lot of the Tyson Fury that we see is an act aimed at raising his profile and separating himself from the crowd.

Inside the ring Fury is a six foot, nine inch giant of a man who has often shown a reckless attitude and failed to utilise his natural advantages.

Until recent fights Fury was far too willing to get involved in a scrappy fight and has taken risks when there was no real need to do so. This resulted in real excitement when he fought but a feeling of vulnerability existed.

In recent fights against the likes of Dereck Chisora and Christian Hammer, Fury has boxed to a game plan and refused to give his opponent a chance of beating him. Fury produced mature, skilful displays of boxing and has shown that he is far more than the brawler some believed him to be.

Fury has used his incredible height to keep opponents at range with the jab and slowly break them down before stopping them. He has taken no risks knowing that a defeat would end his dreams of a shot at Klitschko.

Klitschko is so used to being the bigger man in the ring and using his jab to keep opponents at range but against the taller Fury this will be more of a struggle. This really has all the markings of a fascinating contest.

Fury is a young, unbeaten fighter with huge confidence who possesses some physical advantages over Klitschko. Klitschko in contrast is an ageing, experienced fighter who has the power advantage.

Fury is the sort of fighter that Klitschko has seemed unwilling to face with often shorter fighters with no real chance of winning being selected.

Whether Fury will actually pull of the win is one thing but he has the potential to cause issues and is more than deserving of his shot. Klitschko will be the favourite and rightly so given his years of dominance but eventually there will come a day when he isn’t quite able to do what he has for all those years.

Fury may well be the man to benefit from father time knocking on Klitschko’s door and making him an old fighter over night.