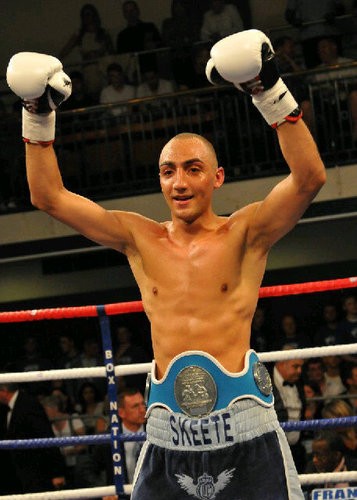 Bradley Skeete has been handed a new opponent this Saturday (15th February) at the Copper Box Arena after original for former WBA World Light-Welterweight Champion Vivian Harris was ruled out after failing a pre-fight medical.

Harris was due to face Skeete in an interesting clash as one of the chief supporting fights to the headline bout between WBO/WBA International Heavyweight Champion Dereck Chisora against challenger Kevin Johnson.

Skeete will now face Frenchman Christopher Sebire who’s won 22 out of 29 fights and is a former French champion at light-welterweight.  He last extended Chris Jenkins over ten rounds in a Vacant WBC International title challenge earlier this month.

Although disappointed not to be facing Harris, Skeete is keeping positive and is happy to still be fighting and his training has not gone to waste

He said, “I’ve put in a lot of hard work in the gym for the Harris fight so I’m glad that I’m still fighting.  Obviously it’s a big disappointment that Harris is out as he would have been a fantastic name on my record to have, but if he’s failed a medical that’s beyond my control.  I wish him all the best and hope he’s okay.  I’ve got to focus on my new opponent with my trainer Alan Smith and remain professional throughout.”

Remaining tickets for Rock The Box III, priced from £40 are available from Eventim on 0844 249 1000 or online at www.eventim.co.uk