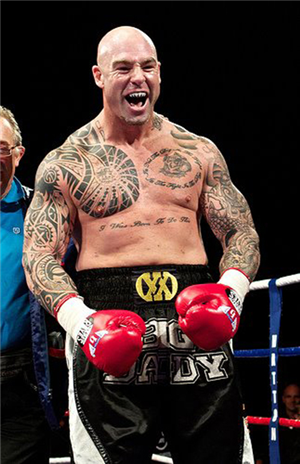 Australian bruiser Lucas Browne has extended the hand of assistance to the unlikeliest of sources – Heavyweight rival Tyson Fury, who will fight Wladimir Klitschko for the unified heavyweight crown in Dusseldorf, Germany on 24th October.

Browne, himself on a mission to secure a shot at the WBC version of the championship possessed by American Deontay Wilder, dismissed any notions of friendship but readily outlined his credentials for sparring the reigning EBU champion, citing the benefits he would provide to Fury as a training partner. “I’m big, I’m agile, I do have a good chin and I hit like a mule…if you need me to come over and do any sparring with the wrestling send me over, I’ll help you out, no problems whatsoever”.

This arrangement, should it come to fruition, would be a mutually beneficial one for Browne, who could use the opportunity of world class sparring to shake off the ring rush accumulated by eight months of inactivity. Browne last saw action in November 2014, beating countryman Chauncey Welliver via 5th round TKO.

A roughhouse stylist such as Browne could be the ideal preparation needed for a bout against Klitschko, who is something of a hit and hold practitioner at times.

Browne may allow Fury the partnership to adapt to this style – though with the Ukranian being the marginally small fighter (very unusually) Fury may choose to steer clear of this style – perhaps with confidence that he could use his greater range and useful jab to negate the awkwardness of the champion and force him into a stand up battle, something which macho man Fury would undoubtedly relish if he is to fulfill his much publicized prophecy of knocking out the Heavyweight champion.