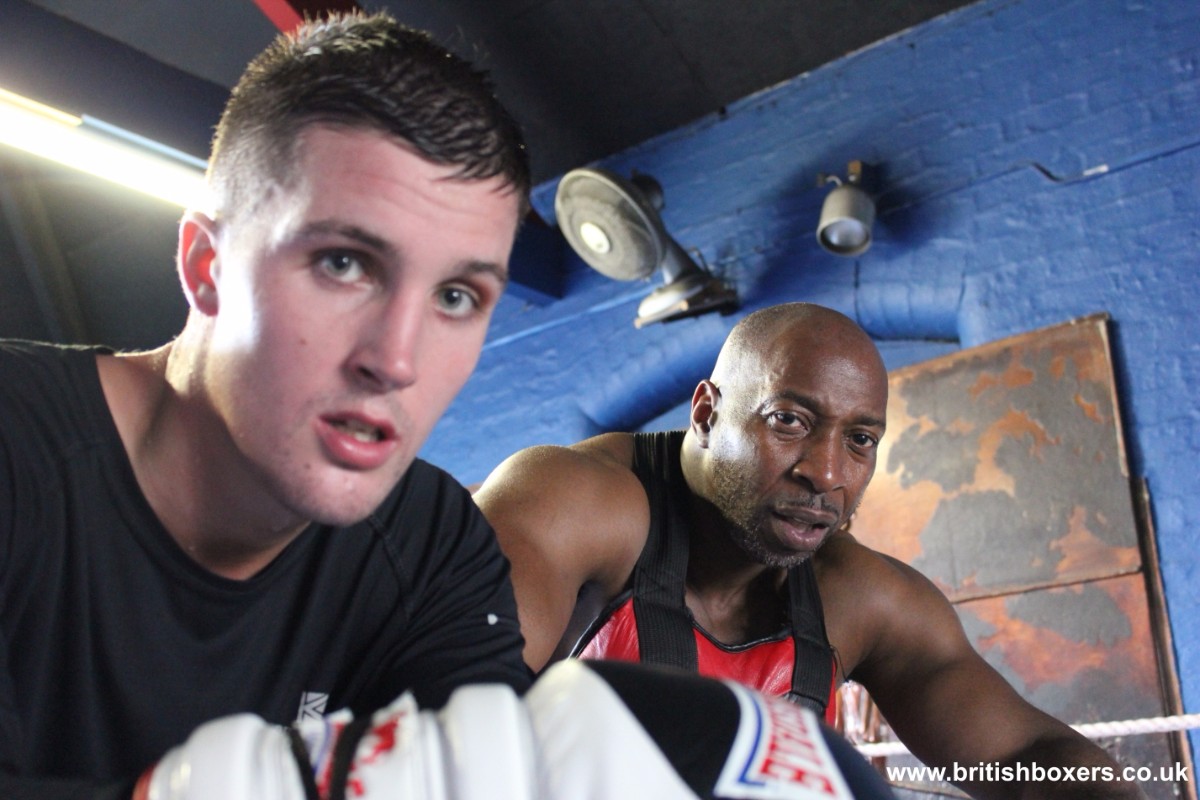 Light-welterweight prospect Sean Ben Mulligan will have his 3rd professional fight next Friday night, July 31st at the Middleton Arena in Manchester, when he takes on Luton’s Duane ‘Bang Bang’ Grimes. Mulligan a popular lad from Prestwich in Manchester brings a great crowd with him for support and more and more and getting behind this rising prospect who is coached by former British and European champion Pat Barrett.

Mulligan, 22, has a crowd entertaining style, he is a come forward aggressive type who likes to work the body, in the same mould as his boxing idol Ricky Hatton. In the video above Mulligan with coach Barrett speak about his career so far, how he is developing as a boxer and the hopes for the future in the fight game.

Other boxers appearing in Middleton next Friday will be top of the bill Zelfa ‘Brown Flash’ Barrett who steps up to his first 6 rounder against Dewsbury’s Youssef Al Hamidi. Barrett who was recently Anthony Crolla’s sparring partner for his world title fight preparations is an exciting super-featherweight prospect who has impressed many experts in his pro career so far. Barrett who is unbeaten in 5 fights since turning pro last October, is tipped to be a future British boxing star.

All the Barrett trained Black Flash Promotions boxers are all coming through at the same time, known as the next generation, they are looking to emulate the past champions to come from the Collyhurst and Moston Gym and together they are pushing each other onto success and under Black Flash progressing very well.

Michael Gomez jr, son of the former British champion, will have his 4th professional fight on the card where he will clash with Swindon’s ‘Busy Bee’ Joe Beeden. Gomez, 20, only recently joined Barrett at the gym where his dad fought and already he has had one fight for Black Flash and has improved massively in the short time he has been there. Taking the same Mexican theme into the ring that his father did, Gomez adorns the Sombrero hat and the fans are starting to get behind him like thet did senior and at his last fight the support he relieved was fantastic and he hopes to build on the momentum with another good win.

Former super-heavyweight Olympian and Commonwealth games medalist Blaze ‘The Lion’ Mendouo, aka ‘The African Warrior’ will have his 2nd pro fight after making his debut in May. Mendouo will take on Northern Ireland based Ugandan Moses Matovu in an all African affair that is surely going to create fireworks. Both come to fight and like to bang and it could be one of them fights that if you blink you may it! This has all the makings to be a small hall classic with African pride on the line, this is not a fight to be missed!

Making up the bill will be local Middleton favourite Alex ‘Big Al’ Rutter who takes on Gloucester’s Andy Harris. The undefeated lightweight prospect Alex Rutter (7-0) will be having his first professional fight in his home town of Middleton which is just near his house. Rutter, 22, is trained by British based South African coach Sean Krool in Denton and after 5 months out of the ring is looking forward to performing in front of the Middleton faithful and get his career off and running again. More on Alex Rutter here..

Another Middleton boxer set to appear on the show was Matthew Ryan, unfortunately Ryan has had to withdraw from his fight having suffered a stress fracture to his foot while training. He is expected to be recovered and well enough to be back in the ring in the next few months.

With pre fight singers on the Black Flash show and food and drink for ringside guests, this promises to be a great night of entertainment not to be missed!

Reserve a ticket on the door here.