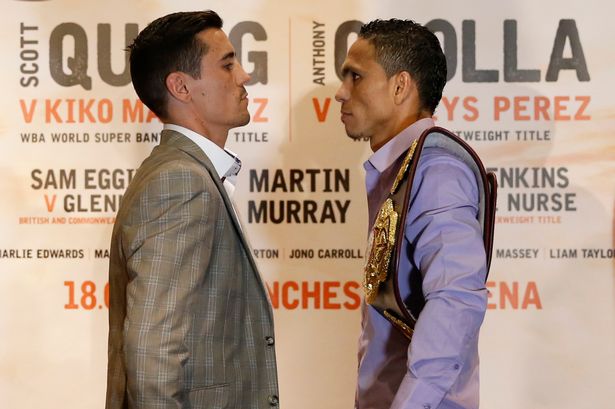 Anthony Crolla will face Darleys Perez in a rematch for the WBA World Lightweight title at the Manchester Arena on November 21, live on Sky Sports.

Crolla and Perez clashed in the same venue in July where Perez kept hold of his title via a majority draw despite a tremendous performance from Crolla and having two points deducted in the second half of the fight for low blows.

The WBA granted Crolla a second crack at the Colombian and promoter Eddie Hearn completed the deal with ‘Million Dollar’ once again facing the champion in front of a his passionate home crowd.

“I’m so pleased for Anthony that he gets another bite of the cherry on November 21 in his home city,” said promoter Eddie Hearn. “I haven’t found anyone yet who didn’t feel that he won the first fight but that’s in the past now and he has to make this count. I feel like he is destined to win a World title and on November 21 on a huge night for Manchester and British boxing, I truly believe his dreams will come true.”

Tickets for Crolla’s rematch with Perez will go on sale to Matchroom Fight Pass members at midday on Sunday September 20 with the general sale from the venue from midday the following day (September 21). A further announcement on pricing and the undercard will be made soon.

Crolla is on holiday with his family but will comment on the rematch at a press conference soon.