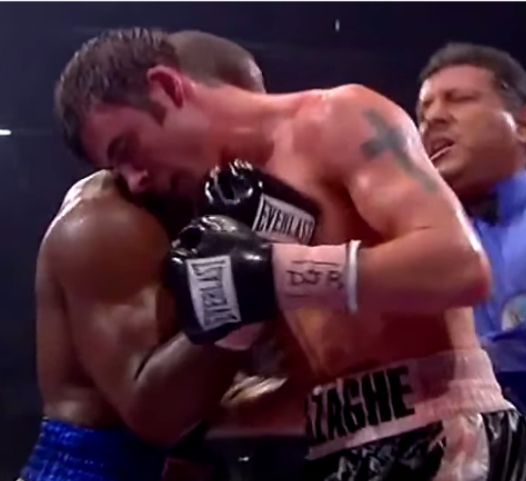 After a dominant performance by British boxer Joe Calzaghe, estowned US boxing journalist for ESPN Dan Rafael wrote: There are barely words to describe Calzaghe’s absolute and thorough domination of Jeff Lacy. It was that awesome.

Calzaghe fought a sublime masterpiece in a bout that beforehand he called the defining fight of his career. He sure picked a great time for the best performance of his life, one that surely will see him crash the pound-for-pound rankings he has so desperately wanted to be a part of.

This was as impressive as Bernard Hopkins over Felix Trinidad, Floyd Mayweather over Diego Corrales and then some. Simply put, Calzaghe fought the perfect fight in making his 18th title defense and adding Lacy’s world title to his own.

It was one of the most anticipated fights of the year and the biggest super middleweight fight since Roy Jones defeated James Toney in 1994, but Calzaghe turned it into a wipeout from the outset. He never gave Lacy a chance to breathe, swarming him with an assortment of hard punches with both hands.

Calzaghe, of Wales and fighting at 2 a.m. local time in Manchester, England, to accommodate live television coverage on Showtime in the United States, gave his fans a reason to be excited.

While Lacy threw wide shots one at a time, Calzaghe, who had a point deducted for a ticky-tack hitting-behind-the-back foul in the 11th round, was putting together ridiculous 12- and 14-punch combinations with breathtaking accuracy. He cut Lacy over both eyes and caused blood to flow from Lacy’s nose midway through the fight, which could have been stopped several different times due to Calzaghe’s incessant punches. Lacy showed tremendous heart and a great chin, but finally was knocked down for the first time in his career in the 12th.

That was just the cherry on top of Calzaghe’s greatest night. He has many options now — stay at 168 pounds for another fight or two to try to further unify the division against Mikkel Kessler and Markus Beyer, or move up to light heavyweight and gun for the likes of Antonio Tarver or Roy Jones in money fights, or a big United Kingdom showdown with titlist Clinton Woods of England. The fight we’d love to see at light heavyweight is Calzaghe vs. exciting titlist Tomasz Adamek.

As for Lacy, he needs a long rest after taking such brutal punishment. He might never be the same.