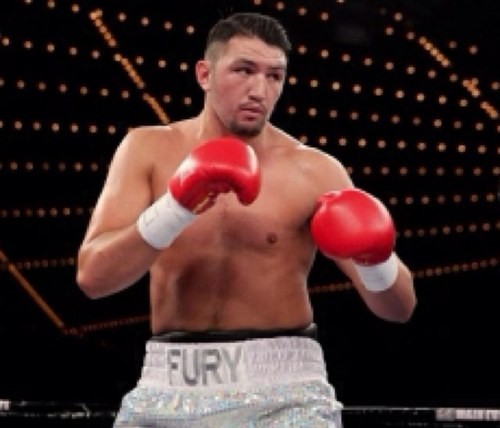 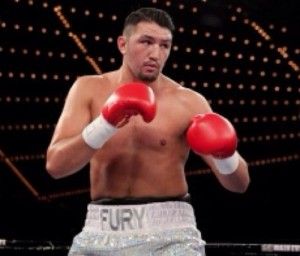 Whilst the British fight faithful eagerly await the unified Heavyweight championship clash between Manchester’s Tyson Fury and Wladimir Klitschko in Dusseldorff on 27th October, the less ostentatious member of the “Furious Two” has harboured news of his own possible date with destiny.

Rising starlet Hughie Fury has, according to reports surfacing on social media,  been offered a deal to fight WBC heavyweight champion Deontay Wilder at a meagre four weeks’ notice – on 26th September at a venue to be confirmed.

Fury’s trainer and father Peter Fury – an integral part of Fury the younger’s career to date, has expressed displeasure at the lack of preparation time this provides, stating via Twitter that; “If @hughiefury gets 8 weeks we will take it 1000%. We don’t do bottle jobs in this camp!! @Tyson_Fury.”

It is doubtful that such an offer would be amended to suit the Fury camp, particularly with the Fury fight more than likely being seen as a “soft” option by the American champion, as a prelude to a clash with mandatory challenger Alexander Povetkin next year. History has shown though that the Fury name can be synonymous with unpredictability.