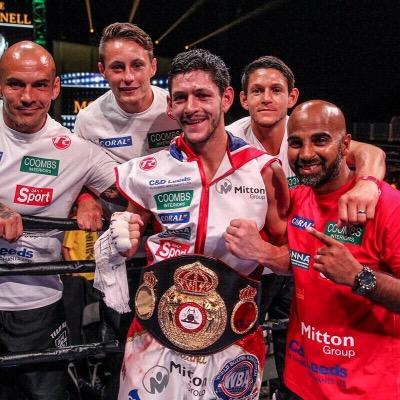 With the new boxing season back in full swing, Dave Coldwell is a figure within the fight scene who has sported a wide grin since things kicked off again at the month’s start. Residing in Texas for a number of weeks ahead of Jamie McDonnell’s brilliant win over Japanese superstar, Tomoki Kameda, Coldwell was reduced to watching his cruiserweight charge, Tony Bellew, stay busy via a television screen as the Liverpool man halted Arturs Kulikauskis in five rounds in Leeds. Coldwell handed corner duty to Tony Sims for one night only and he was pleased that his man was able to get the win.

“It was a bit of a last minute job in terms of opponent and watching the fight you could see he was desperate to survive from the moment the first bell went and it was a just a case of Tony chopping away and taking his opponents legs away from him. We’re after big fights in the cruiserweight division and there’s a number of exciting opportunities for Tony that can be sorted out imminently but the most important thing in Leeds was that he got the win. Much bigger tests are waiting for him and he’ll be more than prepared to deal with the threats that are out there.”

With Bellew registering the first notch for Camp Coldwell, attentions then switched to Doncaster’s McDonnell who was almost flawless in collecting a deserved win over his Asian nemesis. This was a highly anticipated rematch from spring’s epic encounter which was narrowly won by McDonnell but there was no doubts over deserved it here as the Yorkshire machine raced home a worthy winner. With options galore in the rejuvenated lower weight categories, Coldwell is spoilt when considering the next move.

“The whole team has got to sit down but when you look at what is available then you can’t help but be excited. Jamie is arguably the best bantamweight on the planet and he’s made a huge impression over in America by appearing on PBC twice. He’s got a fan friendly style and the temptation to clean out the division is very appealing as there’s probably no better feeling then knowing you’re number one in your weight class.”

Coldwell added, “Looking ahead, there’s brilliant chances at the weight above involving Scott Quigg and a number of other quality fighters and that’s something we’ve got to be sensible about and make sure it is the right move for Jamie. He’s got a huge frame and it wouldn’t surprise me if he eventually made his mark at featherweight but that’s in the future and what matters is now. He’s proven he is a world class talent time and time again and he’s this country’s fighter of 2015 as far I’m concerned. He’s done everything that is asked of him so now I’m hoping he gets the credit and the pay days he deserves.”