Bellew wins in Liverpool, dives out of the ring to exchange verbals with Haye 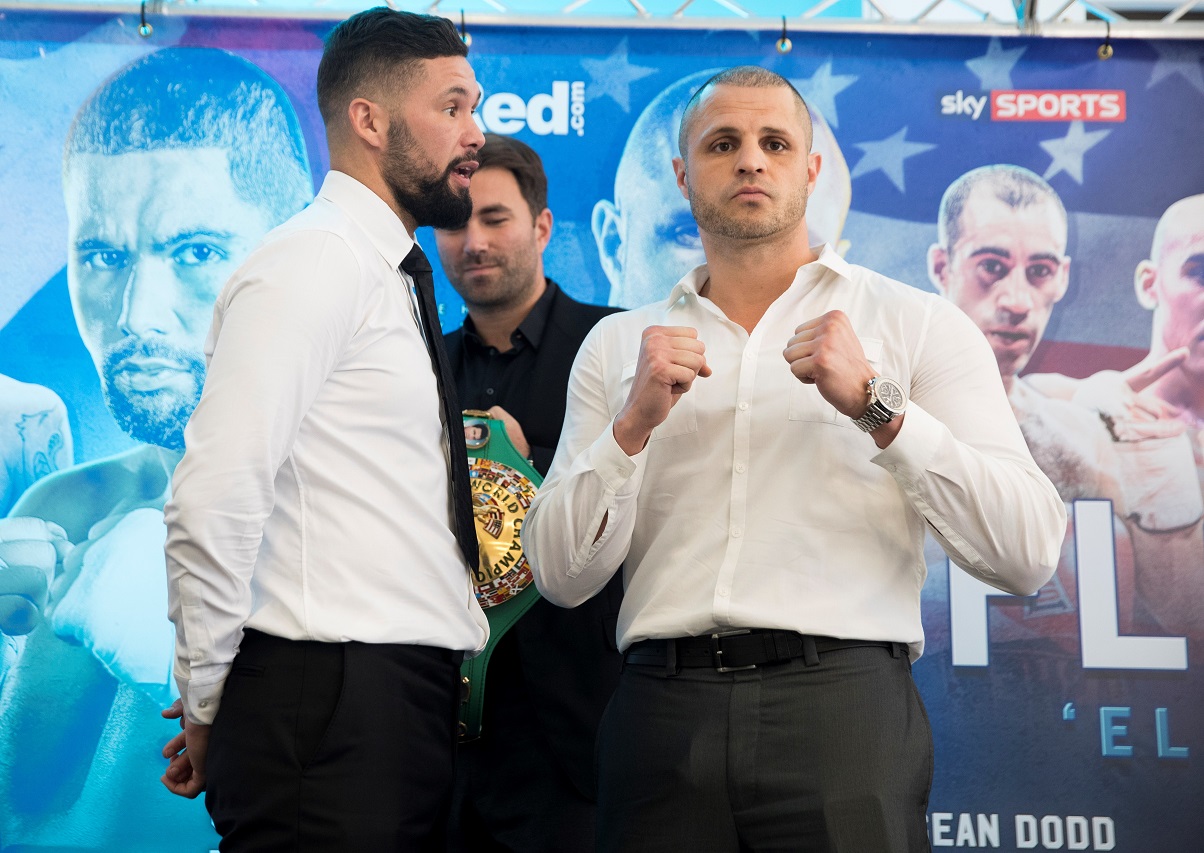 Liverpool’s Tony Bellew (199 and a quarter pounds) told anyone who would listen that American challenger BJ Flores (who weighed the same) would go down hard and early in at his the Echo Arena, Liverpool tonight and he looked to be as good as his word when flooring his man heavily in round two after a give-and-take first stanza.

Flores, 37, raged back only to be floored again as the round wore down. A third shot put the challenger to Bellew’s WBC cruiserweight title as the round ended, but the three knockdown rule wasn’t in effect so he saw the round out to come out for more.

Despite a good start, the second round assault was a huge blow for BJ, who came out tentatively in the third, the same round that Bellew won the title in when icing Ilunga Makabu at Goodison Park in May.

Like a shark sensing blood in the water, Bellew circled early in the third then swept in a short left hook to retain his 200lbs title. No sooner had he celebrated the win, Bellew leapt into the crownd to exchange verbals with David Haye, who was on site working for American TV, before jumping back into the ring to celebrate his first title defence.