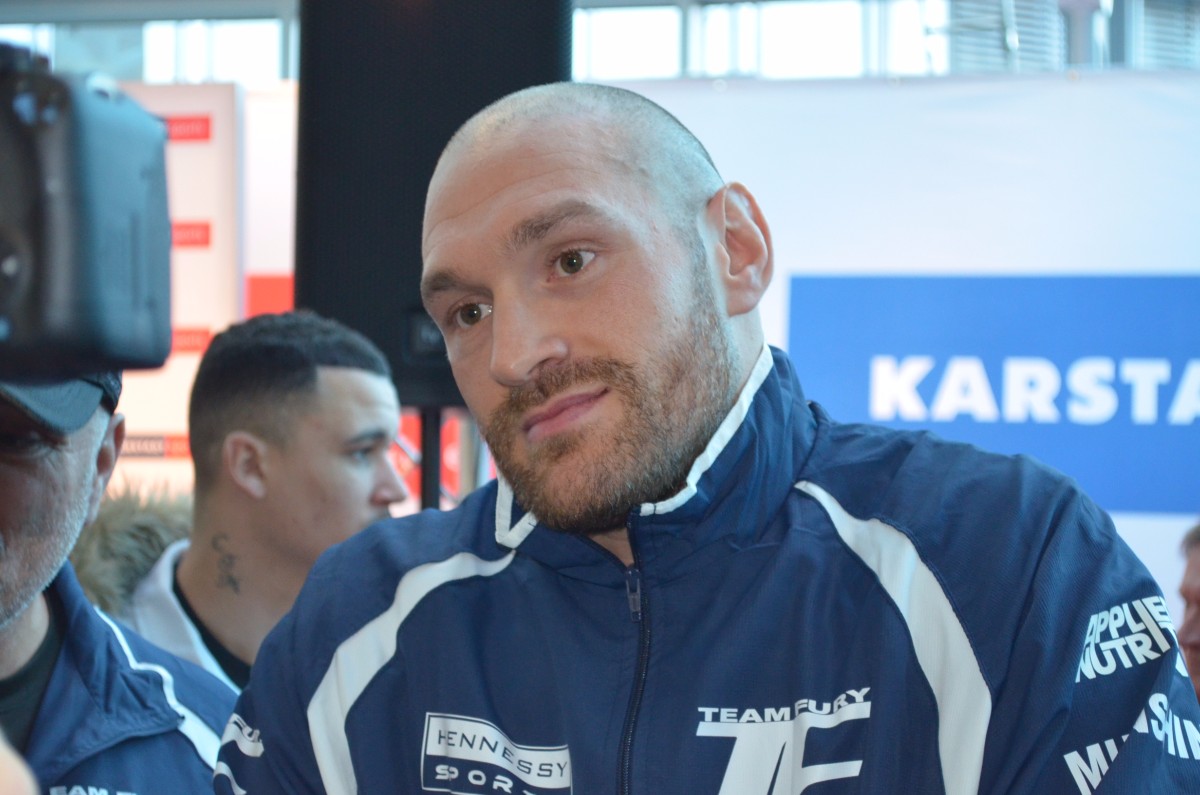 “It’s a big fight, a fantastic opportunity and I have worked so hard to get here. – Klitschko’s getting knocked out for sure.”

Tyson Fury will go into his challenge against reigning Ukrainian world WBA, WBO, IBF heavyweight champion Wladimir Klitschko at the ESPRIT Arena in Dusseldorf on Saturday, aiming to become the 8th British heavyweight in history to claim a world title.

Unbeaten in 24 professional fight’s, 18 wins by KO, Fury, 27, a former two time British champion and Commonwealth belt holder now faces the ultimate test of his 7 year career against a champion unbeaten in 11 years with an impressive resume of 64 wins from 67 fights, winning 53 by KO. This will be the 24th defence of the heavyweight crown for Klitschko and he goes into the fight as a 4-1 favourite.

But the odds makers are not discouraging Fury who realises the ‘fantastic opportunity’ before him and believes it is his destiny to be victorious and predicts he will upset the bookies and knock Klitschko out.

“I’m a 4-1 underdog but Cassius Clay was a big underdog against Sonny Liston and so was Leon Spinks against Muhammad Ali and Buster Douglas against Mike Tyson,” Fury said.

“Underdogs win. I think it’ll pan out with me knocking him out. I don’t intend to leave it to anyone else, my destiny is in these two hands.

“I’m expecting a quick start from Wlad, a nice fast jab and some movement. I’m not too sure he will be worried about my reach advantage, though. I’m sure they have been practising getting out of the way of a big long jab.

“I’m 27 now and polished,” added Fury. “It’s a big fight, a fantastic opportunity and I have worked so hard to get here.

“Klitschko’s getting knocked out for sure.”