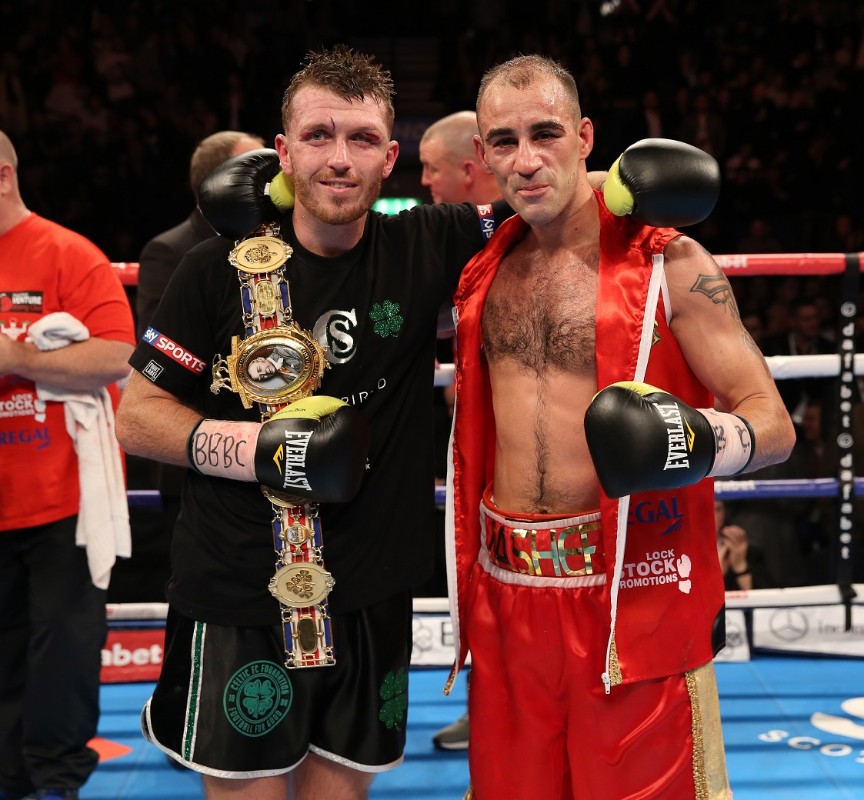 Cardle vs Dodd we have to see this fight again

CARDLE HANGS ON TO BRITISH TITLE IN DODD THRILLER

Scotty Cardle retained his British Lightweight title with a final round stoppage of Sean ‘Masher’ Dodd in a thrilling clash at the Echo Arena in Liverpool.

Cardle was defending the title for the first time and was behind on the judges’ cards when he unleashed a brutal barrage on the Birkenhead man, with referee Terry O’Connor stepping in with a minute left in the fight.

Dodd enjoyed prolonged periods of success throughout to the joy of his vociferous fans, and looked to have the champion in trouble in the tenth round, but the Lytham St Annes man weathered the storm and coped with some bad cuts to his face to fire his fight-winning salvo at the death – but was the first to admit that Dodd was the better man on the night.

“I’ve been tested before in the pros but I have never been tested like this,” said Cardle. “I really had to grit my teeth at times in that fight. For me, I was behind in every round so the only way was to knock him out. He is a warrior and he really dug deep. I will give him a rematch, he deserves it.

“My support has been superb,” said Dodd. “The ref is doing his job and I have no say in that. We are paid to entertain and I hope everybody who bought a ticket enjoyed the fight.”

“I felt like the referee stopped it too early,” said promoter Eddie Hearn. “It was a great fight. Sean Dodd beat Gary Buckland and did a great job against Scotty Cardle, we have to see this fight again 100 per cent.”