Around and About with Tommy Dix: “It’s A Funny Old Game!” 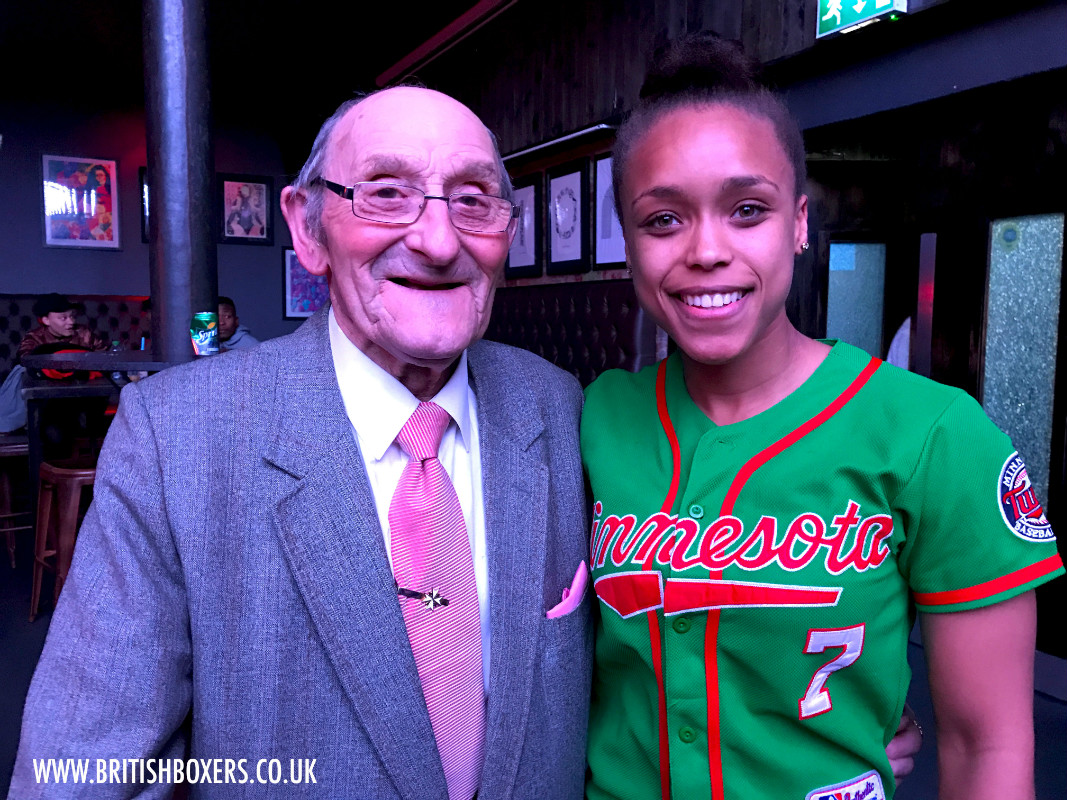 I have had a busy few weeks up and down to amateur shows and a few pro ones for that matter and what a grand time I have had on the boxing circuit. The week was topped off nicely with Anthony Joshua defeating Wladimir Klitschko at Wembley, and what a brilliant result for him and British boxing it was last Saturday.

Now, I never made it to Wembley for that one, I was on my allotment in the day and just got home in time to get settled in to watch it on the telly. It was a marvellous fight and I was made up for Joshua. Even though when pushed for a official pre fight prediction, I put my neck on the line and picked Klitschko on points. But the young man from Watford proved me and many others wrong and came of age on the night and answered many questions hanging over him to win a classic heavyweight scrap for the ages.

I mentioned in my prediction piece for British Boxers, how we got Joshua to come and fight on our amateur show in Chester in 2011. That night he cost us £100 traveling expenses, he cost a few bob more at the weekend. While watching the bill and reminiscing about meeting him a few years back. I also recalled the time in Ireland when I was first introduced to Katie Taylor who was appearing on the Wembley undercard, and to see her progression from a young girl is fantastic. Another boxer on the bill I know well was former WBA super-bantamweight champion Scott Quigg, who I once walked to the ring and who I have known since he was a young lad. I couldn’t help chuckle to myself thinking, as i washed the allotment soil from my hands, ‘There you are Tommy Dix, I thought to myself, it’s a funny old game. Boxing is the only sport where someone like me, who never reached the heights as a fighter, is welcomed and respected by my peers. I will be forever indebted to the great men, including my father, who introduced me and taught me the sweet science in the university of life.

I’ve been fortunate enough to meet many boxers over the years, I have sat with many of my heroes on the top table, Jake Lamotto, Sugar Ray Leonard, Roberto Duran, Nigel Benn, Steve Collins, Pat Barrett, Robin Reid to name a few. – I was proud as punch to watch Joshua, Katie Taylor and Quigg perform so well prior to the big one and wish them all the luck going forward.

Prior to the Joshua-Klitschko night. The previous week I was over at the weigh in for the big Echo Arena show. It was wonderful to be in the company of my old friend John McDonald, meet up again with Carl ‘Wildcat’ Wright who gave an exhibition of pure boxing at a show in Barrow against ex – British champ Hughie Forde. Yes the memories keep flooding back.

Just as I was leaving Oliver Harrison came up while I was talking to young Tom Musker who got to the National Cadet final after only 5 bouts. Oliver reminded me how at a Prizefighter show when I was interviewed I said ‘I wish I was 21 again the state of my pocket, you could be talking to the winner’, I forgot the actual words but we had a good laugh.

Yes it’s lovely to meet up again with old friends at the weigh ins. My great friends Sean Trodden, Danny Kelly and Sean ‘Masher’ Dodd were on hand. I had a word with Masher wishing him all the best for his Commonwealth Title tilt. What a story Masher Dodd’s is especially now he’s Commonwealth Champ. Look at the company he sits with in Birkenhead, Pat and Les McAteer, Joe Bygraves, Wally Thom and not forgetting Jamie McKeever, British champ or the world class Frankie Williams. Now that’s some company to join.

The following evening I was back over in Liverpool for the show. Well what a night’s boxing it was, it was great to be there and witness some good scraps.

The dream continued for ‘Masher’ with his well and hard earned win over Yorkshire’s Lee Appleyard. Appleyard was really up for his title shot and was in superb condition, he was showing a great jab and a good variety of punches off it and was really fancying the job.

However Masher stuck to his work and gradually got into the bout and then took over to win an unanimous verdict for the title.

Masher Dodd stands to be commended as on Facebook he gives credit to his corner for his victory. I have spoken to Sean Trodden on many occasions about corner work and I have noticed on more than one occasion how the bond and trust Masher has with Danny and Sean has pulled him through difficult patches. I know of four bouts that Masher has won by turning the fight around thanks to his corner and it was great of Masher to give his trainers credit.

Also at the show I had the wonderful experience of meeting the father, sister and Joe Cordina. What wonderful people they are. I felt honoured when Mr. Cordina Said he’d heard of me and we had photos taken.

I was very impressed with Cordina’s performance. What a talent he is, what a variety of punches this young man has in his arsenal, I believe this boy can go all the way.

Tom Farrell and Tom Carus staged a great Liverpool derby with Farrell getting the nod.

The Martin Murray and Gabriel Rosado bout was not the slugfest people expected and brought about some very critical comments regarding the scoring. How one judge had it 119 – 109 for Murray I’ll never know. The most accurate score was by Terry O’Connor. Personally I thought Rosado’s late surge had got it, but I was pleased Murray got the win in the end.

I also thought John Ryder had done enough to be crowned British champ against Rocky Fielding in an earlier contest on the bill. Though Rocky had edged the first four rounds I felt Ryder had more than made up the leeway. A good fight non the less and a rematch between the pair could be something to look at for the promoters.

Just before I forget, it was nice to meet up with Natasha Jonas (pictured with me above) at the Golden Gloves amateur show last Tuesday at the Fusion in Liverpool. There was a stacked card of bouts and the youngsters gave their all to produce a quality night. Some of the bouts pitted the Golden Gloves Liverpool against the Collyhurst and Moston Manchester, two clubs close to my heart and what credit the boxers were to two institutions of the game. Wayne Smith of the Golden Gloves has informed me that the club hold monthly shows, well after the last one. Count me in for the rest!

Natasha who is turning professional after a successful amateur career, is a lovely lady and a smashing boxer and will be a welcome addition to the female pro ranks. I asked her to sign a glove for me to present to a lucky young boxer who deserves it at some point and asked her to have her picture taken with me and she laughed I should be asking to have my picture taken with you Mr Dix! – I look forward to watching her in the future and wish her all the very best, I’m sure she has the talent to make it to the very top.

I have some other shows pencilled in and I hope to attend as many as I can. I will be next at the Black Flash Promotion professional show at the Liverpool Fusion on May 13th, which showcases some good looking Liverpool prospects including a lad I rate very highly, Marcel Braithwaite, I cannot wait for that one! See you there if you can make it, tickets start at just £25, which is a great price for pro boxing this day and age.

Hope to see you there, please come and say hello before and after the fights, I am always happy to meet fellow boxing fans and have a chat about the sport we love.

Well, thats it from me for now, until next time,