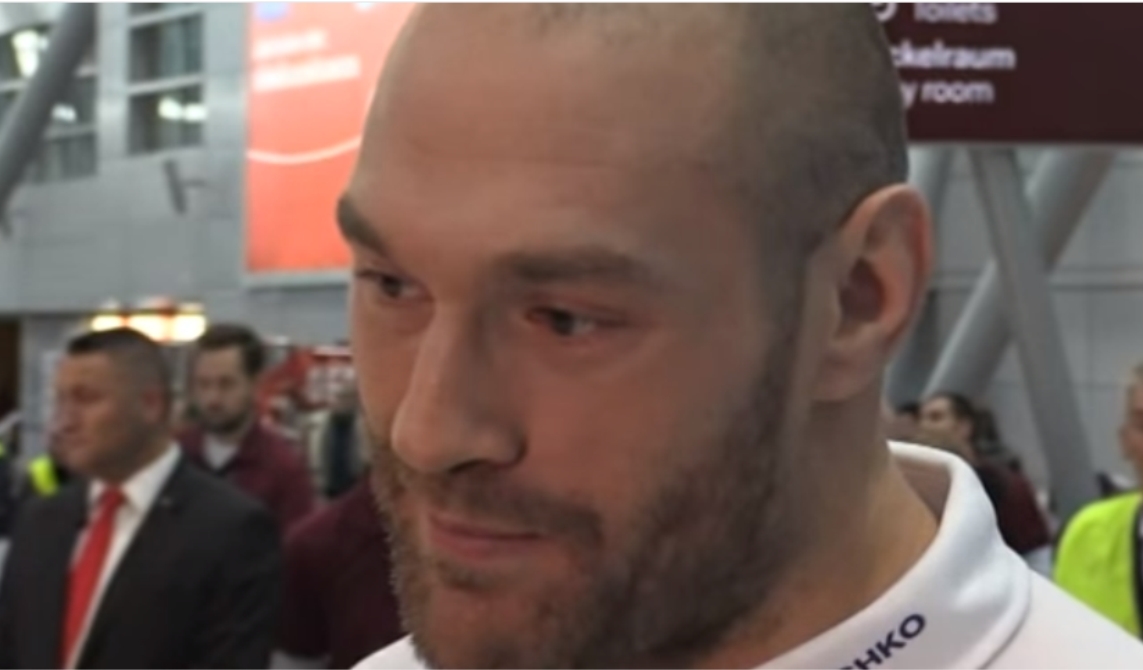 A confident Tyson Fury says he wants to knock out the current World Heavyweight Champion Wladimir Klitschko in his home arena. Says he has been waiting for this opportunity for five years and that he doesn’t want to say too much in-case Klitschko gets scared and pulls out! Plus much much more…. In 60 seconds! Watch the video above

Fury challenges Klitschko for the heavyweight championship of the world on Saturday night in Germany.