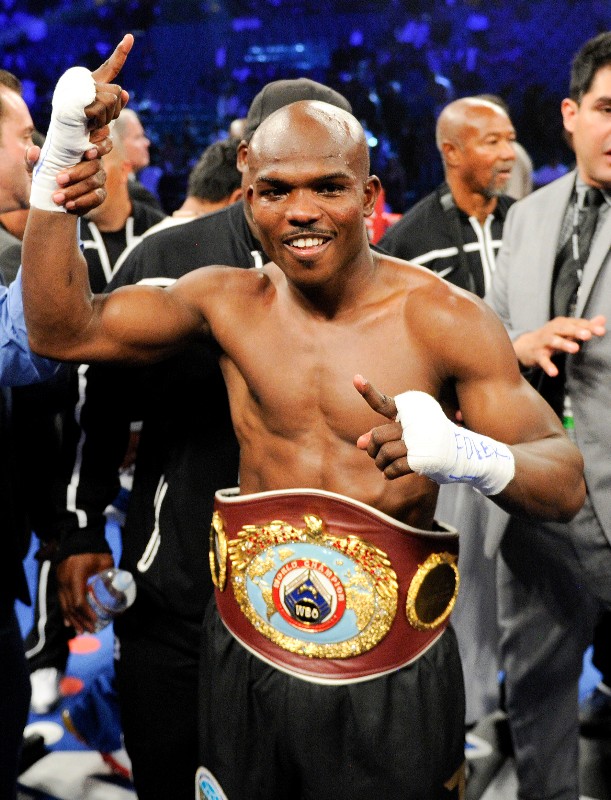 IBF world welterweight champion Kell Brook is on course to securing a fight against American WBO champion Timothy Bradley in March in a big unification match-up.

It is these big fights that Brook craves and where a win can gain him recognition on the world stage as the best welterweight in the world.

Brook, 29, has revealed he is “close” to securing the unification fight with Bradley and is ‘excited at the possibility of a big unification match-up, but insists Bradley will get beat where ever the fight takes place, UK or US.

Brook insists a venue or date has yet to be confirmed but the Sheffield man adds he is open to travelling to the US to take on ‘Dessert Storm’.

‘Special K’ who won his world title in America when he defeated Shawn Porter via a majority decision in Carson, California in August 2014, he says he would like to get Bradley over to the UK for the fight but is equally comfortable going to Bradley’s country, especially if it is a fight in Las Vegas.

Brook has spoke before saying he is keen to build his stock across the pond, so that should be no stumbling block regards negotiations between the two champions camps.

“I’m an undefeated world champion and I want to be out there fighting the best in the welterweight division. That’s how I’ll prove I’m the best.” Brook told Craig Birch. for the Express and Star.

“When I tell people what I’m going to do, I always back it up. I think we are very close to making the Bradley fight and I’m excited.

“I need this, something will get me more recognition and that means an opponent that will get the fans really talking about me.

“I don’t mind where it is, I’d prefer it to be over here but I could get up for a trip to Las Vegas as well. It’s a Catch 22 situation. Where does he want to get beat?”