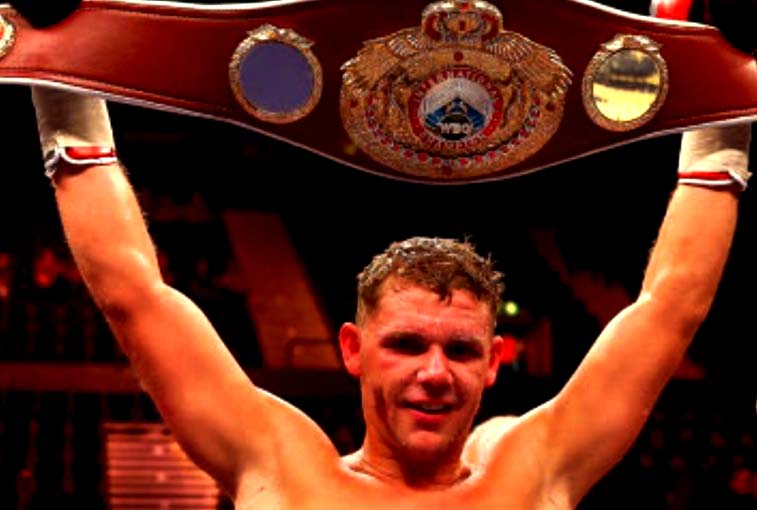 It was a tentative first couple of rounds in the battle of the travelling southpaws in Manchester on Saturday night but for a flush hook from Saunders, after that things warmed up briefly, but then cooled down again into a battle of of wits and skill!

Saunders scored two knock-downs in the 3rd round over Lee, (34-3-1, 24KOs) who somehow managed to recover and see out the round. They were massive right hooks from Saunders that crashed off Lee’s jaw, but the tough Irishman got up off the canvas twice and took the fight back to Saunders.

WATCH: SAUNDERS KNOCK LEE DOWN TWICE IN THE 3rd ROUND

A real tactical battle commenced, Saunders keeping range, bobbing and weaving looking for the opening, Lee standing his ground behind his jab, the tension was high and this was an high class fight between two world class operators.

Saunders didn’t go looking for the stoppage, knowing Lee is a dangerous fighter when hurt, he bided his time and began to build up the points. Lee had shaken off the slight concussion from the knock-downs and made it into the second half of the contest and became stronger and more focused as the fight went on.

The overhand left cross from Saunders was the dangerous looking shot and he was cocking it and Lee looked open to it with a low right but it was just brushing the whiskers of Lee who used his range finding jab to good effect to keep Saunders at bay in this chess match of a fight.

After the 3rd round double knockdown the rounds remained close with neither committing it was a pure match of skills and who could land the scoring shots, Saunders it was making his work more industrious while making Lee miss.

The fight played out to go the distance in the same vain, very tight fight hard to score with neither giving away any ground to the other. But in the end Saunders’ cleaner shots and the two knock downs in the 3rd gave him the victory. 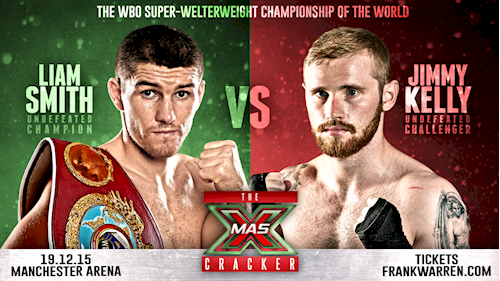 Liverpool’s Liam “Beefy” Smith (22-0-1, 12 KOs) successfully made a first defence of his WBO world super-welterweight title after stopping the previously unbeaten Jimmy ‘Kilrain’ Kelly, (16-1, 7 KOs) at 2:35 of the 7th round.

The unbeaten Smith, who won the title against American John Thompson in October started and spent the night on the front foot as the aggressor and it was the perfect tactics in the end to wear down and end the game Kelly’s challenge. The stoppage was an accumulation of the referee stepping in just has Kelly’s coach Ensley Bingham climbed on the ring apron with the towel to save his boy from further punishment.

The challenger Kelly from Manchester, fighting in his home city gave a good account of himself considering it was his first proper fight at world level. Kelly began to become fatigued as Smith’s pressure began to tell but until then he had landed some good shots, particularly the left hook to the body and his uppercut caught Smith flush a few times.

Smith who looks and is as tough as an old pair of Liverpool boots that come from Toxteth, methodically broke down Kelly, who was deducted two points for an intentional head-butt in the 6th round had found it hard to get a strong foothold in the fight and his lack of power punching invited Smith to continue to step into range and let his big shots go.

In the end it was sheer exhaustion that got the better of Kelly, he will come again. Smith is getting better and better! 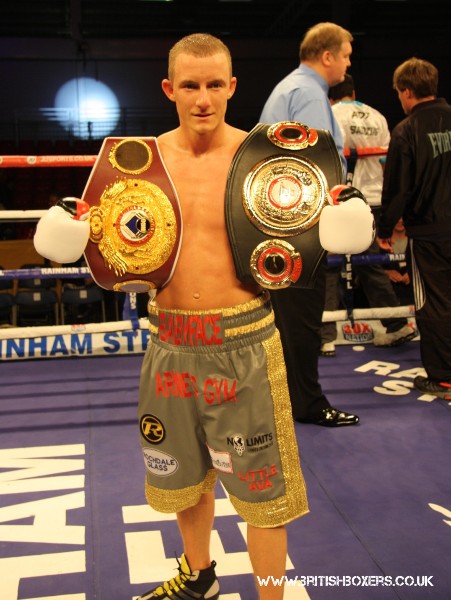 In the super-welterweight division Liam Williams stopped Kris Carslaw in the 2nd round.

At super-lightweight Jack Catterall stopped Noe Nunez in the 3rd.

Lightweights Thomas Stalker and Craig Evans drew again in a rematch of their last fight which also ended in a draw, a rubber match is on the cards in 2016.

George Jupp scored an upset win over Mitchell Smith in the super-featherweight division, out boxing his opponent over 10 rounds.

More on these fights coming up.