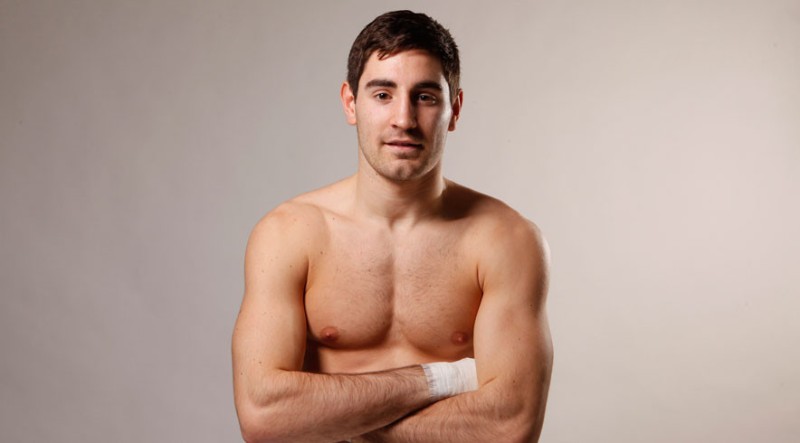 Super-Middleweight sensation Frank Buglioni is confident that he will create a whirlwind and rip through the Super-Middleweight division with a series of high-profile encounters that will culminate with a British title. Buglioni, dubbed the ‘Wise Guy’, has his 10th outing on 21st September at the first event at the Copper Box Arena, being headlined by Billy Joe Saunders’ huge British Middleweight Championship showdown with Londoner John Ryder which is live on Box Nation.

So far, the good-looking Enfield resident of Italian descent, has impressed in his first nine pro outings, with 6 of his opponents failing to hear the final bell but with a new era in Boxing about to kick-off at the Olympic Park he is eager to step up in class and is looking towards the Southern Area title to springboard him to greater things.

“I’m really looking forward to the next 18 months. I want to pick up that Southern Area belt and then climb every step of the ladder to the top.”

He continued, “There are a few opponents I’ve got my eye on and that I’d like to meet over the 18 months. Callum Smith and Rocky Fielding are the sort of guys I’m looking at, and I think we’re all likely to meet as we progress towards the British title. Callum Smith and I spent two years together on the GB team and we know each other inside out. I know his weaknesses, the chinks in his armour and I’m sure he knows mine too, so it will make for a great fight.”

“I’d take Chris Eubank Jnr tomorrow, he calls out the likes of James DeGale, so maybe he’d fancy a fight with Frank Buglioni to see if he can back up his boasts. He’s been fighting above the middleweight limit in all of his contests and has looked good but whether he can fight at weight is another question, so maybe that will open the door to a fight between us at Super Middle. ”

The ‘Wise Guy’ was also full of praise for the way his trainer Mark Tibbs is preparing him for his first ten rounder at the Copper Box Arena. “We analysed the last fight and saw a couple of things which we could work on and improve, which we are. Each fight at this stage is about learning and every day I’m learning more under Mark and I’m sure I will improve on my performance in July”

Buglioni, who regularly sells 600 tickets for his fights, is looking to exceed that total at The Olympic Park, as the show features a terrific undercard as well as the highly anticipated Saunders v Ryder showdown. Also on the card are controversial Heavyweight Dereck Chisora, British Welterweight Champion Frankie Gavin, making the first defence of both the British and Commonwealth titles as he attempts to secure the Lonsdale belt outright and Merseyside’s exciting ‘Baby-Faced Assassin,
British and Commonwealth Super-Flyweight Champion Paul Butler, brings his Army of fans back to the capital, when he faces Chiles Miguel Gonzalez for the WBO Intercontinental title. As well as a cracking Commonwealth Super-Featherweight Title showdown between Liam Walsh and Joe Murray, the big-banging elder Walsh brother Michael also appears on the bill looking to extend his 100% perfect resume.

The hotly touted Mitchell Smith also has his first tilt at a title when he faces Scott Moises for the Southern Area Super- Featherweight Title, whilst top Amateur stars Georgie Kean and Josh Leather debut on the card, with Kean looking to outsell even Buglioni’s fans at the Box Office.

Tickets for the Copper Box Arena show are priced at:

And are available now from: