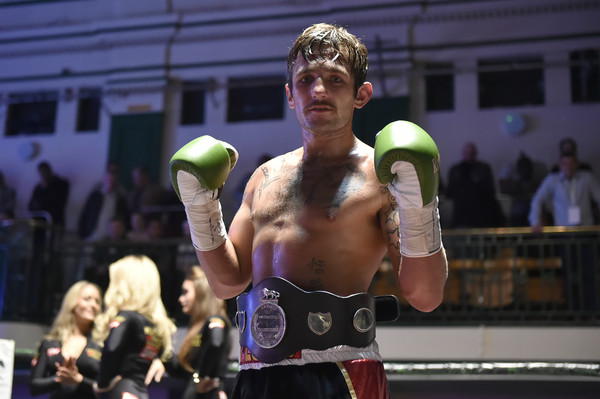 Unbeaten London boxer, Ben ‘The Entertainer’ Day (8-0-1) is set to challenge Floyd ‘Pacman’ Moore (12-6-1) for his Southern Area lightweight crown on March 5th at the York Hall in a bid to become a two-weight Southern Area titlist.

Topping the bill, Moore’s forthcoming championship bout will be his 20th professional contest and first defence of the Southern Area crown that he claimed with a fourth-round stoppage win over Gloucester’s Danny Carter in October last year.

Danny Carter now faces unbeaten Kay Prospere on March 19th for the Southern Area super-lightweight strap that Day has vacated in order to challenge for the lightweight version.

Day has now twice won titles with first round finishes, the initial prize being the International Masters Bronze lightweight strap destroying Latvian opponent, Ilja Sovdra (2-0) in March this year with just 1:11 on the clock, also at the York Hall.

The Devonian impressed against Taylor during the brief 129 seconds of boxing action and became trainer Rod Julian’s first Southern Area champion to finish off the year in style for the ever-expanding RJ’s Gym in Essex.

The pair due to lock horns in March share the similarity in that they both defeated Taylor in a Southern Area championship bout – Day ending matters in the first round and Moore in the fourth.

Moore, 27-years-old from Hampshire, conceded the title in his first defence to Medway’s Adam Dingsdale, losing narrowly on points. The forthcoming scrap with Day will provide his first defence of the same title since reclaiming it.

Day shared his view on how it could play out on the first weekend of March, “I’m just going to do exactly what I did to Ryan Taylor. He’s going to come forward as usual, how can he change it? He can’t!

“I’ll give him the respect he deserves because he can bang but I can bang too, don’t forget that, but I won’t be there to be hit; he should be worried about me.”

The last time that the London-based boxer was forced to go the distance was in a narrow points win over Ben Kneller (0-1) in December 2014 at the familiar setting in Bethnal Green.

“People talk about the Ben Kneller fight but he got to me because I was trying a style that didn’t suit me. In round five, I dropped my hands and didn’t get hit. I was doing what I got told to, ‘get into the centre of the ring and hold your ground’, it was also having 16 months out as well, I was out for a long time.

“If they think I’ll be like that then they’re wrong, that wasn’t even me in that fight.”

The London gym owner spent the Christmas and New Year period training in the Swiss Alps in preparation for his forthcoming title tilt.

“It was an amazing experience, I’m going to start every camp there,” said ‘The Entertainer’. “I’m swimming again, done a lot in previous camps, I’m running more and sparring starts on Monday.

“Tyler Goodjohn will help out again, he is three weights above me and he was telling my manager Steve Goodwin that he couldn’t work me out after 25 rounds together.”

London promoter, Steve Goodwin hosts shows in the capital’s ‘Home of Boxing’ and promises entertainment with each event, utilising big screens and exclusive footage of the fighters as they make their ring entrances.

Day has plans to elevate the theatrics even further, “Hopefully, Razorlight will be there again and this time they’ll be playing me in. They were sat ringside for my last fight even though they had only just come off tour.”

Despite being unbeaten in nine fights and collecting two titles in three minutes, Day claims to not receive the credit he deserves, stating, “It’ll be the same reaction if I win; I’d have to swim to the moon or walk on water to get any credit.

“It doesn’t matter anyway because I believe. Two white collar fights as experience and I’m at where I am now. I know I’ll be British champion and, as long as I know, then that’s all that matters.”

Chief support on the Crunch Time show sees Matt McCarthy take on Sonny Upton in a final eliminator for the English super-welterweight title. The eagerly-awaited 50-50 clash sets the winner up for an instant title shot at the current holder – Navid Mansouri.

For tickets to the show visit www.ringtoneboxinggym.com

Ben would like to thank his sponsors; Ringtone Boxing Gym and PR Manager Tim Rickson