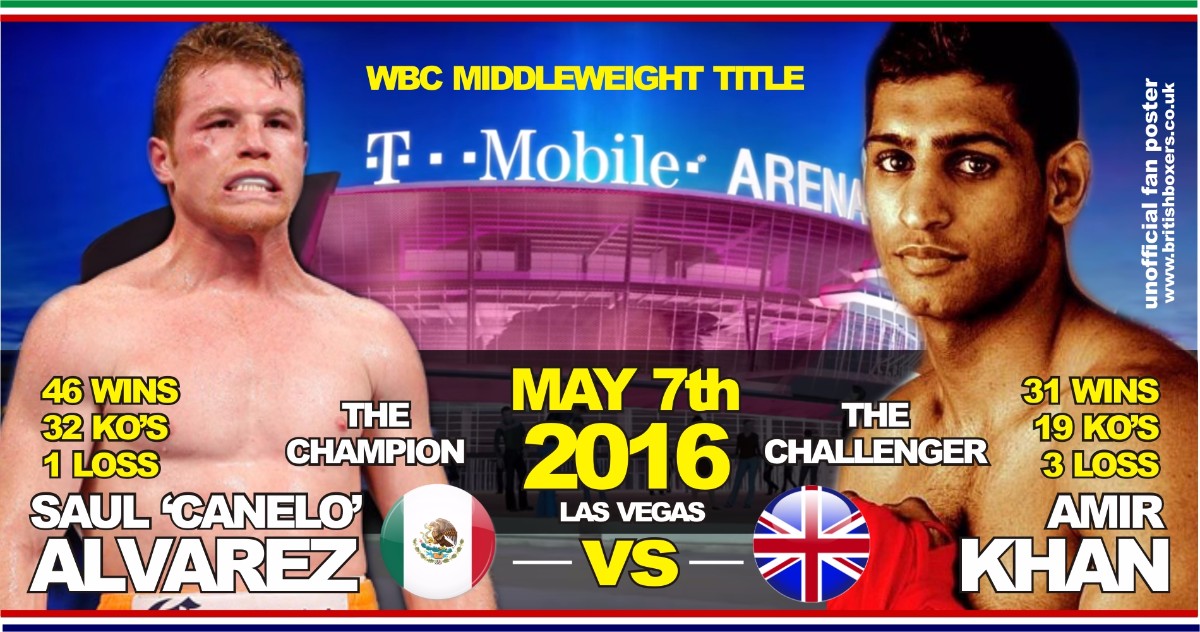 Bolton’s Amir Khan, the former WBA light-welterweight champion will take on Mexican super-star Saul ‘Canelo’ Alvarez for his WBC Middleweight title in Las Vegas on May 7th, in news that shocked fans and left us scratching our heads.

“As the middleweight champion of the world, I will take on the best fighters in the sport, and on Cinco de Mayo weekend, I look forward to making the first defense of my titles,” Alvarez announced.

“Amir was a decorated amateur, a two-time world champion and is in the prime of his career. Fans are in for a great fight on May 7.” he added.

This is an intriguing fight to say the least and Khan will be stepping up two weight divisions for the privilege of facing Alvarez. The fight will take place at the new T-Mobile Arena in Sin-City on the Cinco de Mayo weekend, when Mexican’s celebrate defeating the French at the battle of Puebia, in 1862 and they will be hoping to be celebrate victory over the British in 2016, but hey this is a fight Khan can win!