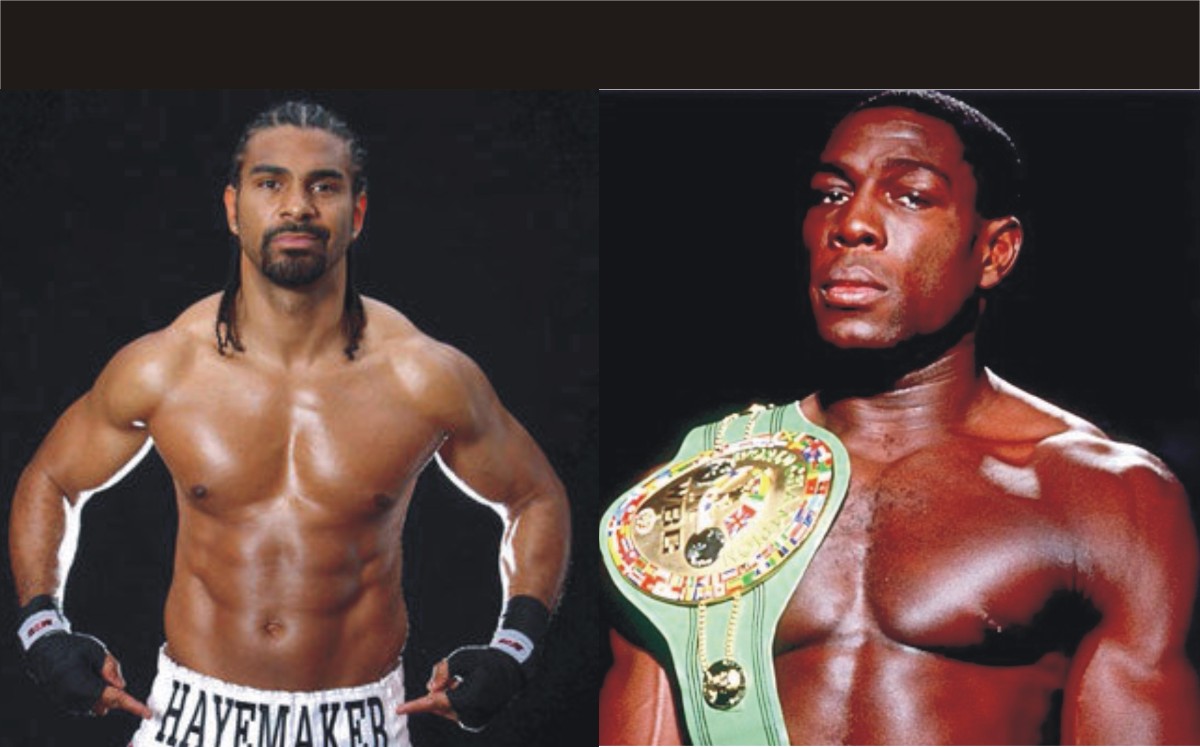 Former heavyweight champion David Haye feels his hero Frank Bruno should be allowed to box again if he wants to and it gives him a reason to get up in the morning.

British sporting legend Bruno, the former heavyweight world champion revealed that he would like to return to the sport that made him a household name in the 80s and 90s. Big Frank retired in 1996 after getting stopped by Mike Tyson and losing the title he took from Oliver McCall the year before.

Bruno revealed earlier today on live TV show ‘This Morning’ that he has plans to return to disperse his mass of energy. “I haven’t got no choice,” Bruno revealed.

“I train every day and I have to get this [energy] out of my system.”

Bruno, who suffers from Bipolar, revealed how the medication he has been prescribed for some time now leaves him full of energy and unable to sleep at night, or feeling “like Superman,” as Frank put it himself.

“I’ve been in the gym all the time, that’s why I want to come back into boxing.”

The interview with Bruno and the revelation that he plans to fight again at 54, brought many mixed emotions from fans, with the majority, against the big man risking his health by returning. The British Boxing Board of Control have said also that they would not reinstate Bruno with a license anyway, meaning he would have to apply abroad.

But one man who backs Bruno’s return is fellow Londoner David Haye who said Bruno should be allowed to return to the sport if he’s fit enough.

“He looks like a twenty year old he is in fantastic condition for any athlete, let alone a 54 year old one.” Haye said in an interview today with ITV.

“If he feels he’s got more to prove – if he wants to do it – if it give him a reason to get up in the morning – I know he was on some heavy drugs to get his mental state, anti-depressants, etc. Hopefully he can get rid of those and get in the gym get a routine.

“We’re not going to try and put him in against any type of world killers. I wouldn’t fight him, he’s my hero, I remember staying up all night long watching him fight.

“I want him get get in the ring with someone else who’s 54 so he can have a fair fight. As long as it’s regulated, as long as they’re well screen medically before, during and after make sure everything is tip top, it gives him a reason to get up in the morning and fight – who are we to tell another man he can’t do it.” Haye added.