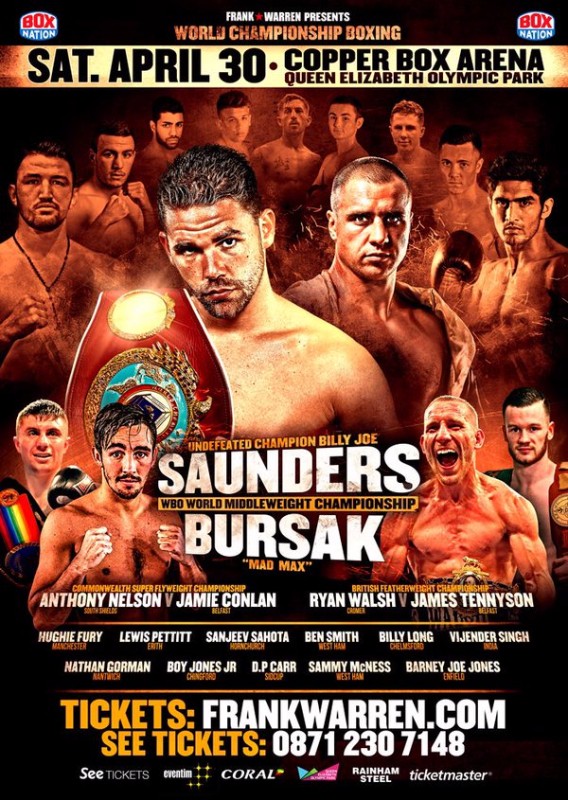 Conlan, 29, is a former WBO European Champion and currently holds the WBO Intercontinental title along with a number five world ranking in the organisation. The Irish hero will be looking to prise the Commonwealth belt from the undefeated Nelson on his quest to become a world champion.

“I grew up watching a local guy from my area called Eamonn Magee become Commonwealth Champion and it’s always been a title that has stood out for me. I’ve always wanted to get it around my waist before moving onto bigger things,” said Conlan.

Known as ‘The Mexican’ for his thrilling, all-action, style, Conlan has established himself as a fan favourite and is promising another knockout performance against Commonwealth Champion Nelson.

He said: “Our styles are going to make for a cracking fight. Anthony is a fighter who likes to come forward a lot and everyone knows I’m one of the most exciting fighters in the division so it’s bound to be a belter while it lasts. Fans can expect a war between us but I don’t envisage it going the distance because I’m hitting harder and I’m bigger and stronger than I’ve ever been.”

All-action Conlan is undefeated in 15 fights with 9 knockout wins and is putting in the hours out in Spain ahead of his debut fight at Stratford’s impressive Copper Box Arena.

“We’re out in Marbella at the minute and we’re deep into the training camp. I’m loving everything, the weather is ideal and the training is brilliant. I’m sparring with Charlie Edwards and then hopefully bringing in the European Bantamweight Champion Ryan Farrag. It’s all looking good and we’re pushing pretty hard now as the fight draws closer.”

Knockout merchant Conlan was ringside at the Liverpool Echo Arena earlier this month to witness rival super-flyweight Paul Butler beat Mexico’s Sebastian Sanchez inside nine rounds to claim the Vacant WBO Intercontinental Super-Flyweight Championship. A blockbuster showdown with the Ellesmere Port start is still on the wish list for Conlan.

He said: “It’s a fight that has to happen. We both want it and it’s a fight that makes sense. I’ve always seen myself as the winner; I believe in my ability. He’s a great fighter and you don’t become a world champion for no reason but I 100% believe in everything I do and I believe that I’ll have an answer for everything he brings.

“I see myself winning. I don’t know how it’ll go I just know I’m the better man. Everything he does I can do better and he won’t have an answer for the things I bring.”