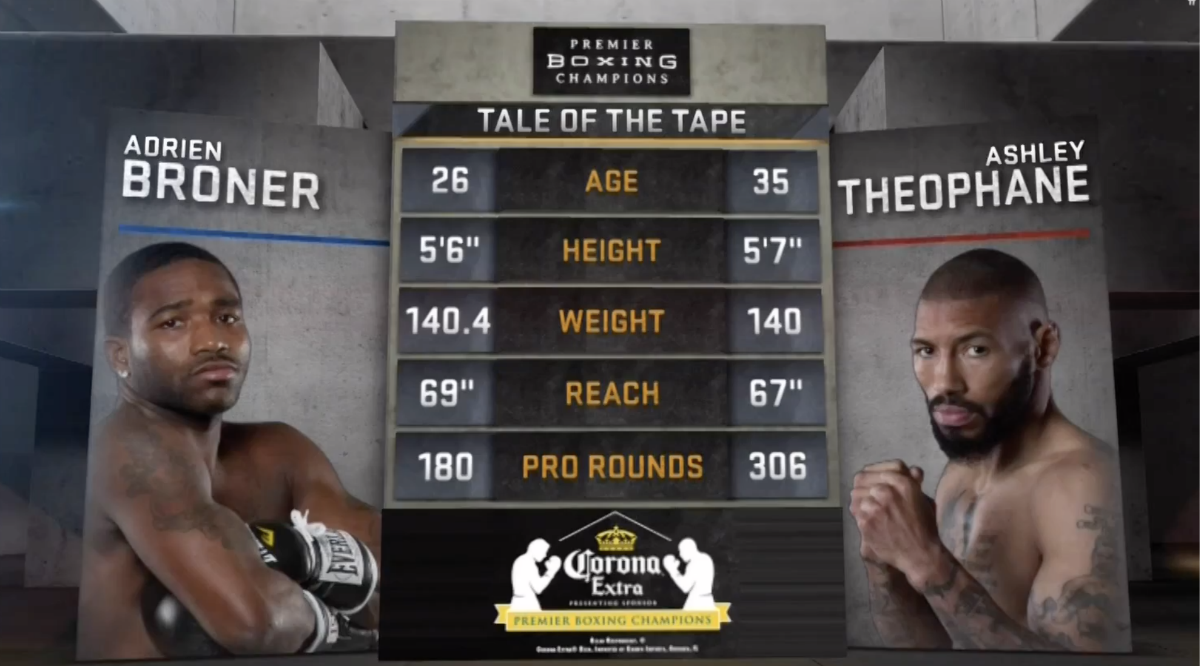 American Adrien Broner and Britain’s Ashley Theophane went toe-to-toe in an action packed bout on Friday night in Washington, D.C. The fight was scheduled for 12 rounds and was broadcast live on Spike TV as part of the Premier Boxing Champions series.

In round 1 Broner and Theophane get right into the action exchanging shots. Broner lands a left hand shot to the body that stings Theophane. One minute into round 2 Theophane shows aggression in the ring and comes forward but Broner responds with body shots.

Round 3 Broner decides to get Theophane up against the ropes and unleashes a flurry of punches. Theophane is trying to survive after Broner lands a solid shot that rocks Theophane.

In round 5 Theophane and Broner are exchanging punches but Broner looks stronger. Broner does not show emotion or the idea that he has been touched. Into round 7 Theophane is throwing shots that land but they are not clean. Broner leaves round 7 with a cut on his right cheek and on his right eyebrow.

Broner appears to be gased in round 8 and Theophane attempts to take advantage of it. Round 8 did not do enough damage on Broner as he attacks Theophane in round 9. Broner lands solid hits to the head trying to finish Theophane. Finally, a right upper cut rocks Theophane and Broner takes advantage driving Theophane to the ropes. Broner wins by TKO in 1:10 of round 9.

Click play button above to watch highlights from the fight.