Callum Smith in America to eye his super-middleweight targets 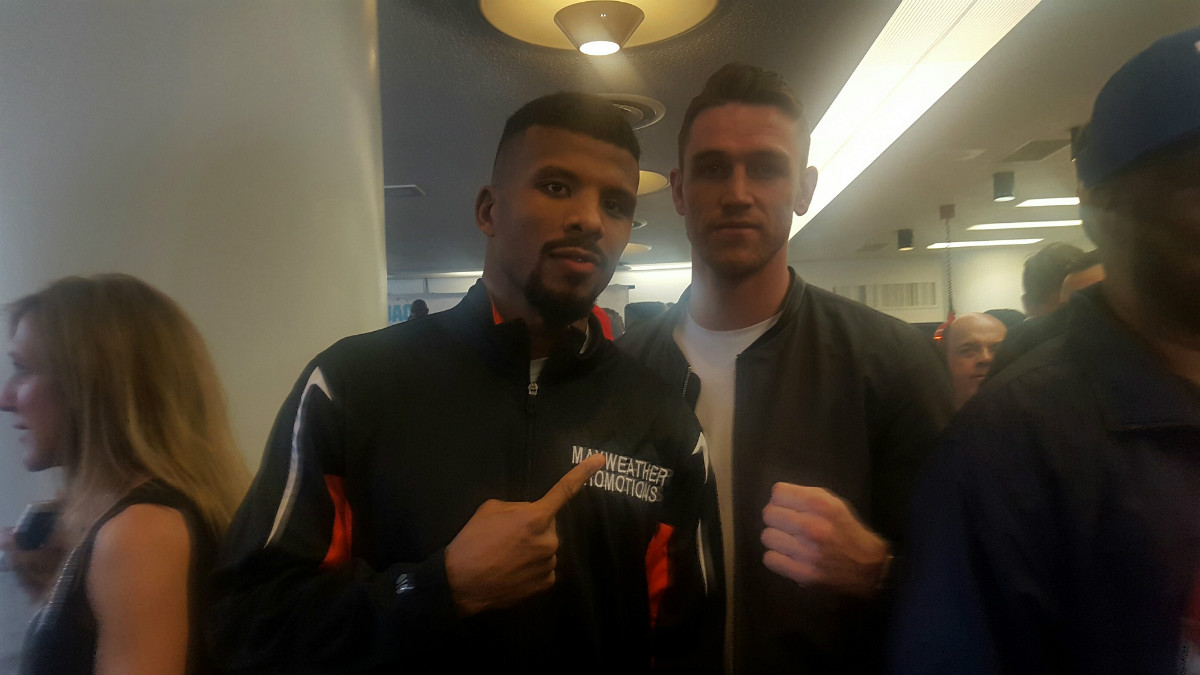 Callum Smith will be keeping a close on his future World title opponents tonight in Washington, when Badou Jack defends his WBC title against Lucian Bute and James DeGale MBE defends his IBF strap against Rogelio Medina at the DC Armoury tomorrow night, live on Sky Sports.

Smith destroyed Hadillah Mohoumadi inside a round on April 2 in Liverpool to become the number one in the WBC rankings and mandatory challenger for Jack, who landed the title against Anthony Dirrell last April and defended it against George Groves in September.

DeGale makes the second defence of his crown against his mandatory challenger, and speaking to the media in DC this week, believed that a fight with Smith would be a stadium-filler in the summer of 2017 – as the Olympic gold medal man looks to unify the division against Jack later this year.

“I am delighted to be here,” said Smith. “The two World title fights should be great. I think Jack vs. Bute it’s a really good fight. If the Bute that boxed DeGale turns up it will be really competitive but Jack will win on points.

“DeGale is too good in every department for Medina, he’s had six losses and every time he steps up he falls short. If James is not complacent he’ll win and win well.

“I’m mandatory for the Jack vs. Bute winner. If there’s a unification fight in the meantime I have no problem waiting for my shot – and when it comes, I’ll win that title.”