Dillian Whyte back in June, then wants Haye, Joshua, Price, Briggs or Chisora in September 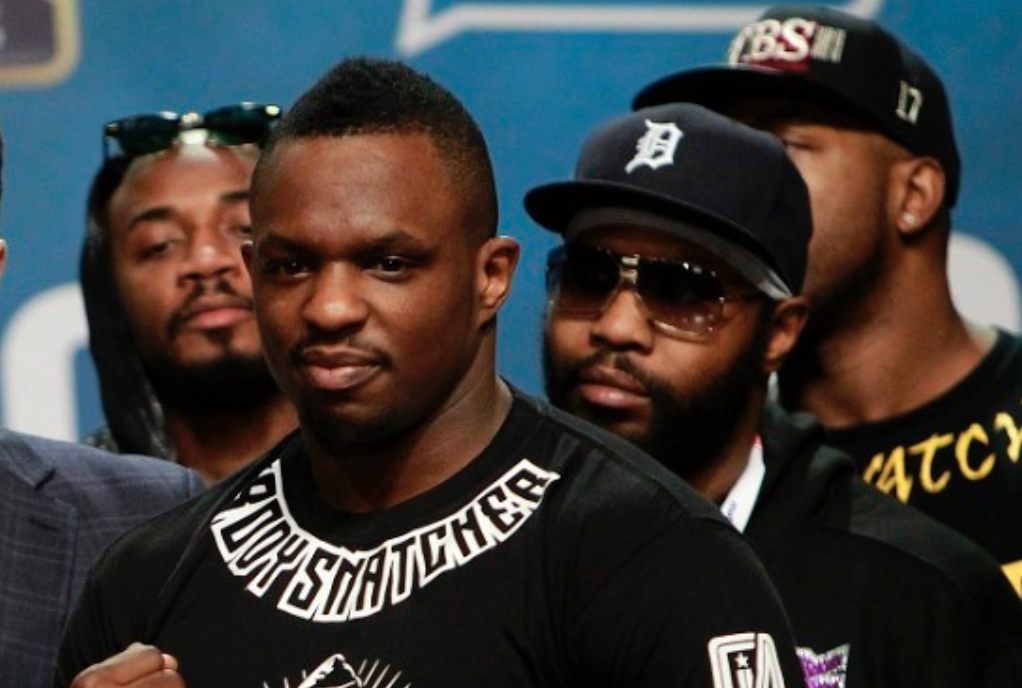 Dillian Whyte says he is back in training and ready to return to the ring in June before securing a big fight in September against a big name including; Shannon Briggs, David Haye, David Price, Anthony Joshua or Dereck Chisora!

Whyte last fought in December when he was knocked-out by Joshua in seven rounds. He says he had been suffering a shoulder injury going into that one and admits he wasn’t in good shape but hopes he gets another crack at Joshua again even  if he loses against IBF world champion Charles Martin on Saturday at the O2 Arena in London.

Whyte also warned Charles Martin he must be mentally strong to face a hostile pro Joshua crowd when he defends his world heavyweight belt against him on Saturday.

Martin (23-0-1-KO21), a native of St Louis, Missouri, in the United States is travelling to the UK capital to make the first title defence of his title against Joshua (15-0-KO15) in a fight Whyte is hard pushed to find a winner.

As the last man to face Joshua, Whyte (16-1-KO13) is well placed to advise Martin on the pressures of facing the unbeaten Briton under the bright lights of the O2.

Whyte suffered the first loss of his professional career when Joshua knocked him out in the seventh round of their thrilling December fight and he admits he found the occasion hard to deal with.

On his last fight with Anthony Joshua?

“He did exactly what I thought he would in the fight. I knew he would come out and try steam roll me early in the fight so I was prepared for that. But for me there was a few things in the fight like my conditioning wasn’t as good as it could have been although I’d trained hard it wasn’t as good as it could have been because I had a massive injury before the fight but it’s boxing and I don’t want to complain but my shoulder was playing up before the fight and I had to have injections.

“I’m probably gona get stick for this but he doesn’t hit has hard as he makes out, because if you look at the fight the amount of punches I got caught with because I wasn’t in good condition and defensively I wasn’t where I should have been and with the amount of shots I got hit early with I should have been knocked out. If I had caught him with as much punches as he caught me with he’d have been knocked out. it’s heavyweight boxing.

How good is Joshua after sharing a ring with him?

“All round he is a good fighter but he relies on his punch power too much.

Charles fighting Joshua at the O2 in front of a partisan crowd?

“I hope Charles Martin is prepared and he doesn’t get overawed by the crowd because it is a big event. For me it was the biggest event I’d ever fought on and sometimes the nerves can get to you a little bit and you burn up a lot of nervous energy. The one advantage that Joshua has got is he has been fighting at the O2 Arena on the big events for the past four or five years and the O2 has become his home now so I just hope Charles is prepared and ready for the crowd and can put on a good performance.

How good is Charles Martin?

“He’s a good fighter a tricky fighter and he is a southpaw. He’s not an awkward southpaw or tricky, but he’s a southpaw which could be a problem in this fight as you see Joshua doesn’t block or defend his right side really well and that’s the southpaw strong side the left – I will say Charles Martin is a good fighter but a lot of people think he is the weakest of the world (heavyweight) champions and hopefully he can prove everybody wrong and prove he is one of the strongest world champions so lets see.

“I don’t know who will win, if I speak bias I hope Joshua to win because I would love to have a rematch with him for the world title and have a third fight. But I know Charles Martin as-well so I wish Charles well and I hope Charles wins so I’m on the fence with this one, it is a very tricky fight and a dangerous one.

What next for Dillian Whyte?

“I had two massive shoulder operations two or three days after the fight and I’ve been resting for three months now. I started training again, I’m looking to make my comeback fight in June, have a couple of fights and then have a big fight in September. – There are people out there like Shannon Briggs, David Haye, David Price, Anthony Joshua, Dereck Chisora, I’d love to fight one of them guys around September time.