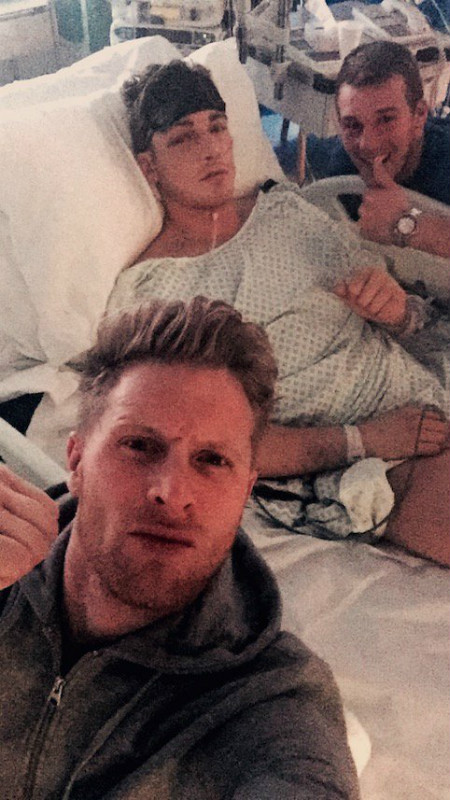 On Saturday, April 2, 2016, Nick ‘Bang Bang’ Blackwell woke from an induced coma. Twenty-four hours later, on Sunday, he was talking to family and close friends at his bedside.

Nick had been placed in an induced coma following a British middleweight title contest at The SSE Arena, Wembley on Saturday, March 26. Contrary to early reports, though, his bleed was outside the brain – on the skull, in fact – and was minor enough for there to be no need to operate.

He was in an induced coma for almost seven days, given the very best possible treatment by the incredible team at St. Mary’s Hospital, and the sedatives used were gradually reduced over this period of time.

Finally, at the weekend, Nick woke from this induced coma, acknowledged the voices of loved ones and, by Sunday, was starting to talk. It was the outcome everyone had been hoping and praying for; Nick had won his toughest fight yet.On behalf of Nick, his family, and very close friends, we’d like to thank everyone for their continued support and well-wishes. It has been overwhelming at times and has certainly not gone unnoticed.

Nick Blackwell won the hearts of over three million (television) viewers on March 26 with an astonishing display of all-action bravery and determination. In the past week, however, he has humbled millions more. He’s a fighter. He’s a warrior. He’s a true champion and gentleman.

*** If you could continue to respect the Blackwell family’s desire for privacy at this time, it would be greatly appreciated ***