Haskins to defend his IBF title against Morales 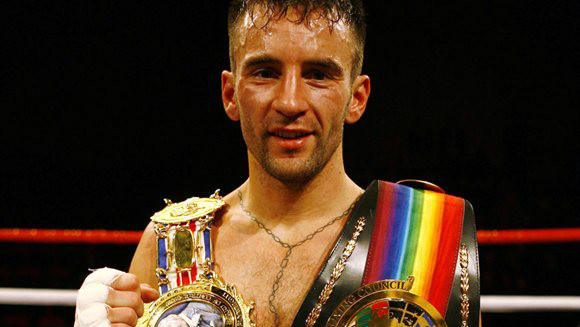 Bristol’s Lee Haskins is posed to make the first defence of his IBF world bantamweight title against Ivan Morales (younger brother of Mexican legend Erik Morales) at the Cardiff Ice Rink on May 14, the contest will be shown live on Channel 5.

For Haskins, 32, this will be his first fight since he stopped Ryosuke Iwasa last June. Proceeding that he was suppose to challenge then IBF champion Randy Caballero in September, but after Caballero failed to make weight for the contest and Haskins was awarded the belt without throwing a shot.

The champion knows that young Morales, 24, poses a big threat to his world championship status and he isn’t taking the fight lightly in front of his home fans.

“I’m delighted to be defending my title in front of my fans at the Cardiff Ice Arena. To be defending my belt at home and live on Channel 5 is brilliant and I cannot wait for May 14.” said Haskins.

“My opponent, Ivan Morales, is a young and hungry challenger, who comes from a family of great champions. It’s going to be a cracking fight and I’ll have to be at my best to win it.”

Andrew Selby is expected to fight for the British flyweight title on the undercard.