Smith: “I think a fight with Groves will happen.” 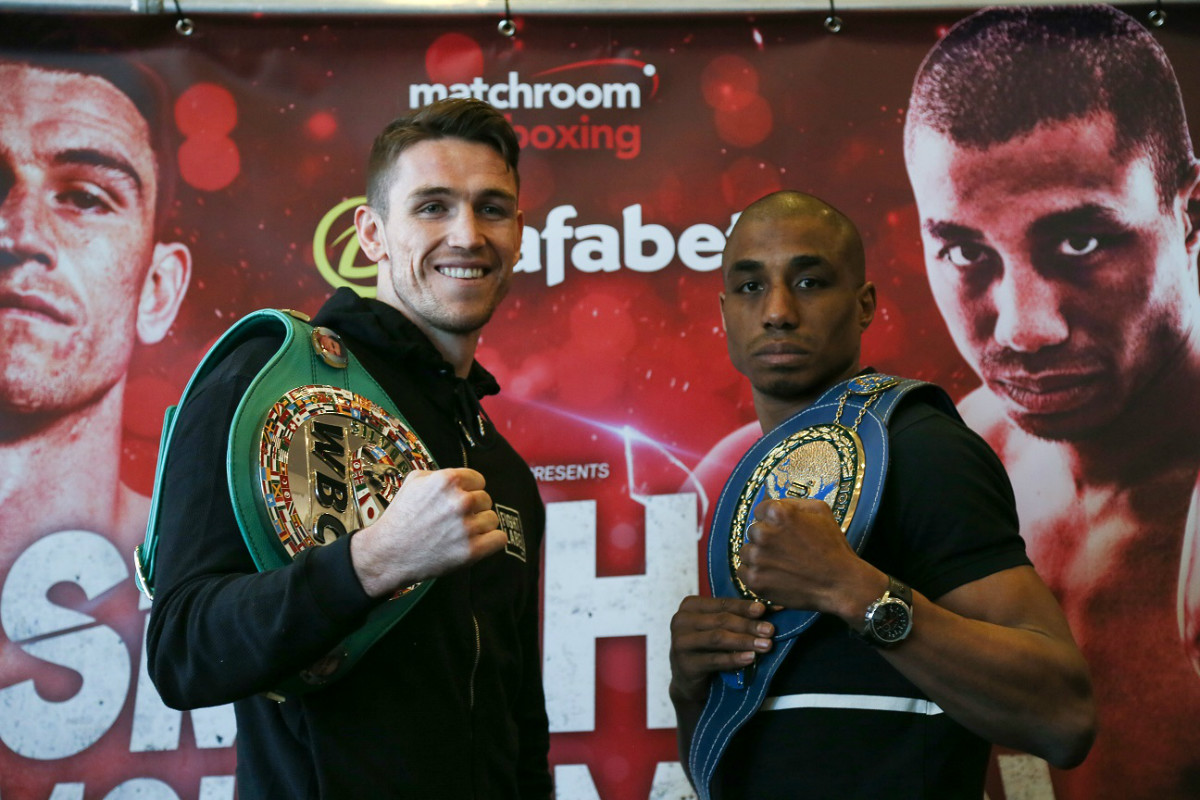 Callum Smith has told George Groves to go and earn a World title shot as he prepares to meet European champion Hadillah Mohoumadi in a final eliminator for the at the Echo Arena in Liverpool on Saturday night, live on Sky Sports.

Smith is one step from landing a shot at the big one, having seen off Rocky Fielding in spectacular style in November to pick up the Silver in another eliminator bout, the unbeaten 25 year old has ticked every box on his way to the final hurdle this weekend.

Groves told SkySports.com that he believes the pair should meet this summer should Smith have to wait for his shot at champion Badou Jack, who handed one of Groves’ three World title defeats to the Londoner in September, but Smith has told ‘Saint’ George he’ll take him on with a belt around his waist and on his terms.

“If I had a World title and he keeps winning I’m sure there will always be a demand for the Groves fight,” said Smith. “We are both British and regardless of whether his best days are behind him or not, he is still a big night. There will always be the demand for it as long as we both keep winning and I think it will happen.

“For the time being I have got tonight and then hopefully a World title shot, so it doesn’t really come into my plans just yet, but I wouldn’t rule it out next year or in the future.

“I think he believes that because he is George Groves he deserves a shot, although he has had three and lost. He thinks he should just walk straight into another one and if he loses that, thinks he deserves another one again, because of his name. He came back and beat an average fighter and he thinks that should earn him a final eliminator or a shot at the title.

“In my eyes, I think he should go away and earn his way back like I have. I have won an eliminator, I’m fighting a final eliminator, and I will have earnt my shot the right way. I think he thinks because he’s been there and boxed for it before, it should guarantee him another shot but boxing doesn’t work like that.”

Smith’s clash with Mohoumadi is part of a huge night of action as Rocky Fielding aims to bounce back from his loss to Smith with a tough fight against Rebrasse.

There’s a pair of tasty rematches on the bill as Scotty Cardle and Sean ‘Masher’ Dodd clash again for Cardle’s British Lightweight title, while Luke Keeler looks for revenge against Tom Doran with the WBC International Middleweight title up for grabs.