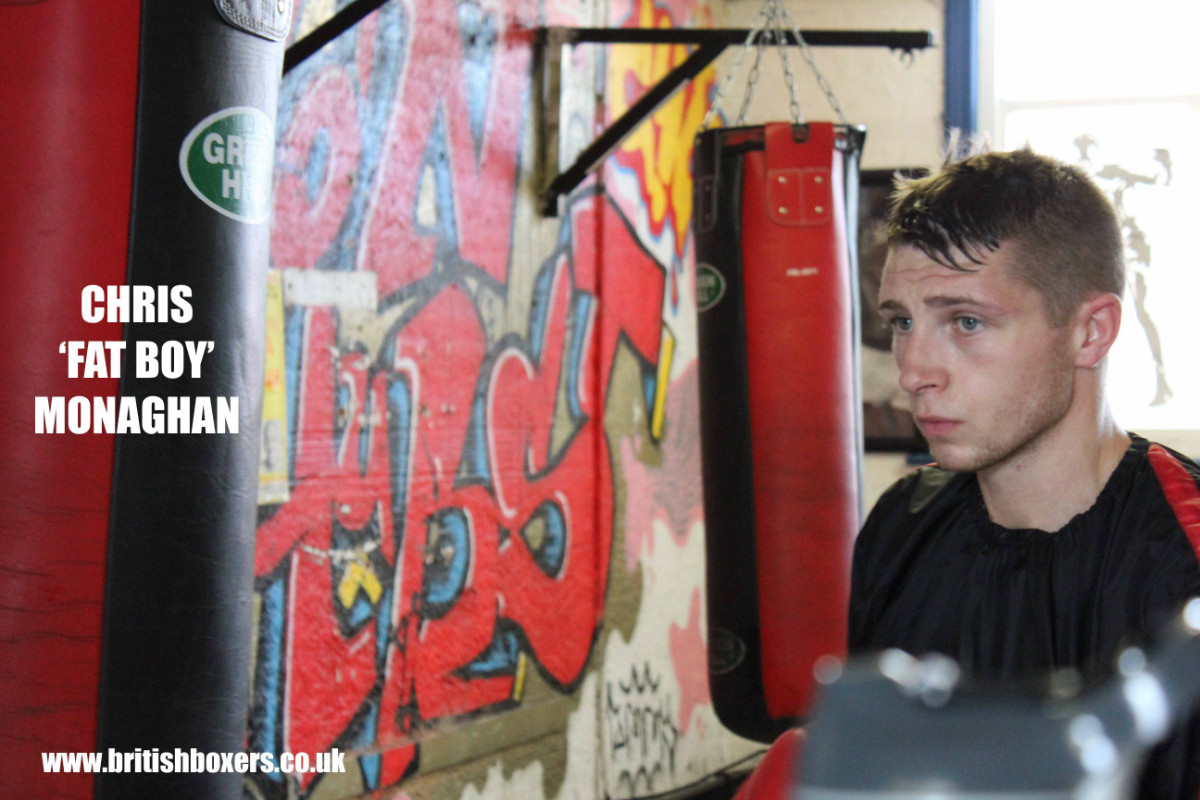 There is only one boxer called ‘Fat Boy’ and that is Manchester’s Chris Monaghan! The unbeaten welterweight prospect (4-0) who is trained by Pat Barrett and Paulie DaSilva at the Collyhurst and Moston Boxing Club, has his next fight on Saturday July 2 at the Oldham Leisure Centre.

Monaghan, 25, will go up against Kieran Farrell trained Mancunian Darryl Sharp in a local derby bout and one that promises fireworks.

The ‘Fat Boy’ as he is known, is named in irony as used to weigh 17-5 stone. He discovered boxing when he went along to the gym to lose weight, after being told by his doctor he was clinically obese and needed to lose weight for health purposes. It was the start of a amazing turnaround. He now boxes around 10-5 stone after falling in love with the sport and turning professional after 20 amateur bouts.

Recently married and now with his first child, Monaghan says he has more of a cause to fight for now than ever, as he looks to rise the domestic rankings and secure his families future in the ring. Full interview video above.