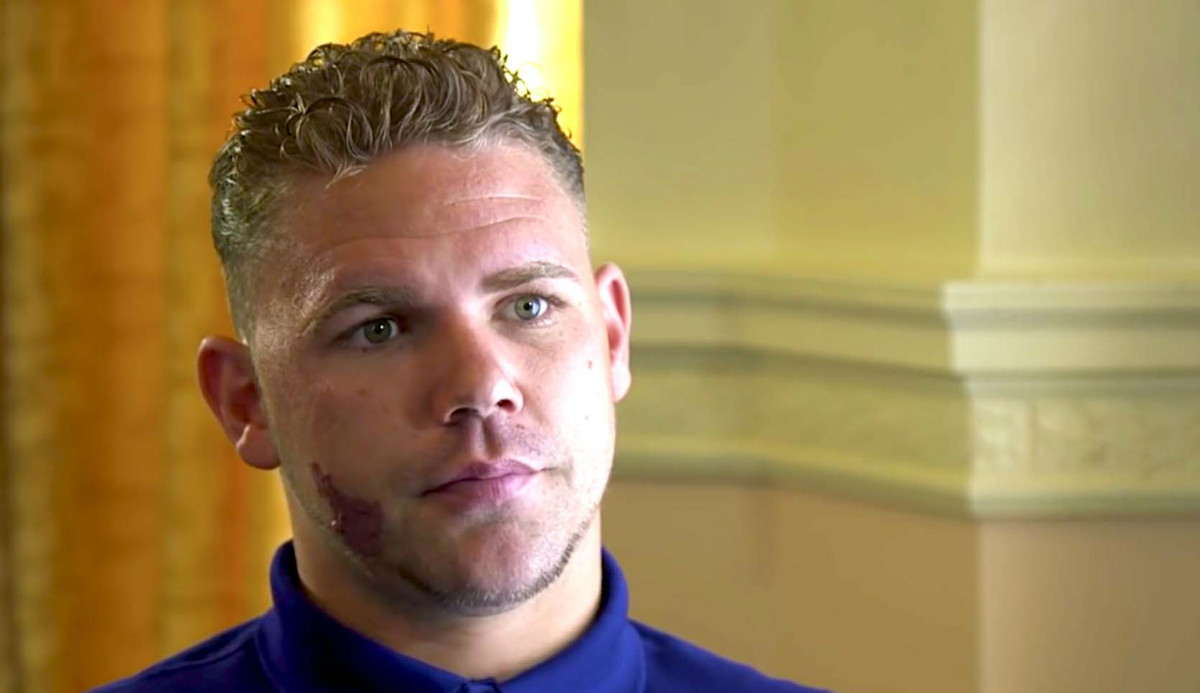 Billy Joe Saunders, the current WBO World Middleweight champion has yet to fight in 2016. In what has become a confusing tale of misinformation, Hatfield’s world champion failed over the summer to negotiate terms with middleweight kingpin Gennady ‘GGG’ Golovkin. A dilemma has taken root for the boxer, whom without an opponent has little option but to potentially face a former foe, bent on taking revenge for a closely scored loss.

In his last call to action Billy Joe was up against ‘Irish’ Andy Lee, who was defending the WBO World Middleweight belt Billy Joe now holds. Both fighter’s southpaws, Billy Joe would have to overcome a tough, hungry and taller opponent who had stopped three of his last five opponents to earn victory. In his first challenge for a world title, Billy Joe fought the bout tentatively at first, but soon used his ring intelligence and counter punching skill to fight towards majority decision victory and become a world champion.

The most exciting round of the affair was the third, where Billy Joe feinted Lee into throwing a lead backhand, which he rolled under coming back with speed to land an electric right hook counter on his opponent’s chin that sent him crashing to the canvas. After a dazed Lee had willed his way back to his feet, Saunders applied pressure again to knock Lee onto the canvas for a second time, roaring “AND THE NEW” at the ring side crowd.

The fight was looking as if it would be over in that round, instead Andy Lee held onto Billy Joe to see out the 10-7 round. In what quickly reverted back to the same tentative affair, Billy Joe stayed ahead on two judges’ score cards to win the majority decision, with the third judge scoring it a draw.

What would follow was to be action only in the boardroom for Billy Joe.

Mexican star Saul ‘Canelo’ Alvarez had taken the WBC Middleweight title from Miguel Cotto, and naturally became a target for the middleweight Saunders. However, Canelo uninterested by a bout with Billy Joe took to defending his title against welterweight Amir Khan, before relinquishing the belt after his victory. With no belt to fight for, and both sides showing reluctance and a fight therefore with Alvarez was not able to be put together.

As the only two title holders left in the division, the boxing world was soon abuzz with talk of a mega unification bout between Billy Joe Saunders and Gennady Golovkin, potentially being fought in London.

In Golovkin, many commentators believe Billy Joe has more than his match and hence the reason behind which the fight has not materialised. The prime knockout artist of our times, with an amateur career spanning over four hundred bouts and less than ten losses, the Kazakh Golovkin certainly has the attributes to defeat Billy Joe.

But against the younger Saunders, Golovkin will find a highly intelligent boxer, vastly underrated for his intuitive counter punching abilities and the incredibly swift reflexes that have been factor to his knock outs in previous bouts. Golovkin’s successes stem from his experience in commanding every inch of the canvas, using his feet and correct punch picking to corral his opponent to a position in which he can viciously deal his damaging blows.

However, not lacking in ring generalship himself, Saunders’ smarts account for his ability to create the space in which he moves into, eluding the pressure of his opponent. A fast striking southpaw jab provides opportunity for his arsenal of punches to work behind, or indeed his fleet feet to carry him out of harm’s way.

A bout between the pair would undoubtedly be the most competitive fight available for the respective fighters, least of all because they are both champions. Pugilism’s immortal questions of boxer versus puncher and southpaw versus orthodox could receive yet another high quality example to add to its burgeoning list, and the paying public would receive their spectacle wherever it is fought.

Repeated negotiations and many heaps of blame being brought to bear by the respective parties however and the fight was off. Without delving into the details here, the fight was supposedly not made due to the monetary reward offered to Billy Joe Saunders not being adequate enough. Regardless, potentially one of the most exciting match ups was now laying on the canvas, counted out.

And so continued Billy Joe in search of a fitting opponent. An opportunity arose to fight on the undercard of Canelo Alvarez and Liam Smith, a bout co-promoted by his promoter Frank Warren. The slot would be as chief support main event that is certain to draw the eyes of the boxing community as well as a wider public audience.

Billy Joe’s opponent was mooted as being Gabriel Rosado, a tough boxer from Brookyln but was declined by Saunders as not being up to the mark. Two more boxers of similar calibre were put forth to Saunders who pushed them back as fast as they came. Rosado having eight losses on his record was perhaps rightfully snubbed, but in choosing not to fight none of the opponents offered, on a HBO Pay-Per-View event that would be televised to a large global audience, Billy Joe has made a mistake.

Not only would he be returning to the ring and keeping his tools sharp, but he would also continue broadcasting his name across the Atlantic by fighting on that stage. Choosing not to fight Rosado, a bout he would surely win, he remains now not slated to fight an opponent and remains in limbo. His dilemma is worsened by the fact that Golovkin is fighting Kell Brook in London’s O2 arena, in a fight that sold out within eleven minutes, an opportunity that was his.

With nowhere to turn to, Billy Joe is faced only with taking the offer of a rematch with Chris Eubank Jr.

The Eubank’s and Saunders played a similar game with Golovkin. Both teams drew the spotlight by electing to take on a fight with boxing’s most feared fighter, and both teams strung out negotiations until Gennady was forced to turn away and look for action elsewhere. Reasons for negotiations breaking off given by Gennady are almost identical for the pair, being cited as an unwillingness to accept the money offered, and making demands that were seemingly intended to be declined by Golovkin’s team.

In their first bout, the pair fought in London’s Excel Arena to a capacity crowd. Saunders a quick starter, took the first half of the fight with his accurate punching and well-practised defences, showing him as the more seasoned fighter of the two. Eubank for his part was looking to land vicious hooks and uppercuts against the no nonsense Saunders who declined to remain stationary long enough for Eubank to find success.

By the latter stages of the bout, Eubank’s engine began to pay dividends for him as he was able to catch up to the now tiring Saunders. However, his slower start against Billy Joe eventually cost him the bout, although winning the majority of the later rounds he lost the fight by split decision in a very closely scored contest where one judge scored it 113-116 in his favour.

Following the breakdown of Saunders’ negotiations and spotting an opportunity, a battle ensued on Twitter between Saunders and Eubank Sr. It began with Eubank Sr urging Saunders to sign the rematch he verbally agreed to in the ring after the first bout, as he added “don’t prove the people calling you a coward right” to add fuel to the flames.

Billy Joe prodded Eubank Sr back letting him know who was in control of the reins. “Ok 80/20 suit you? As I hold the cards. In boxing you don’t go back after success – you go forward but if you want an 80/20 split then it’s on.”

Both fighters have yet to sign their next fights, and whether they will face off against one another is still unknown. But for Billy Joe Saunders, his dilemma still persists.

Not willing to accept demands set by his opponents and not accepting opponents placed in front of him has moved him back towards potentially facing a former, vengeful foe.

I would like to add that Billy Joe is one of British boxing’s brightest talents and certainly has the ability to compete at the highest levels of the sport. However, his discipline, or rather lack of, has potentially kept him from maintaining a steady set of appearances in the ring. For argument’s sake his second to last bout he stepped onto the scales four pounds heavier the super middleweight limit. A fit and hard-trained Saunders is a match for any boxer in his division on the night.