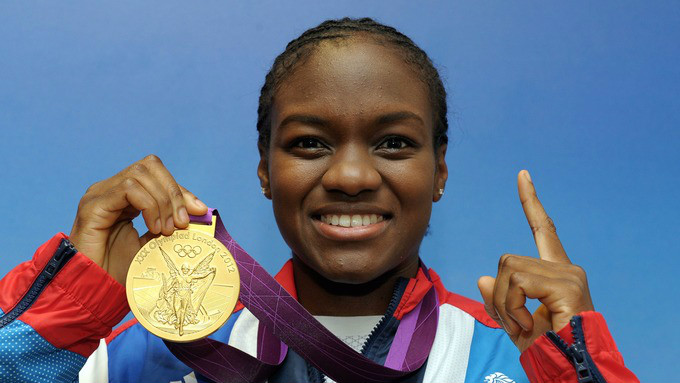 The fantastic Nicola Adams MBE created history this weekend by becoming the first British boxer to retain an Olympic title since middleweight London policeman Harry Mallin did it in 1924, – 92 years-ago.

Adams, 33, from Leeds, who added European and Commonwealth golds to her 2012 Olympic title, claimed the gold in the women’s flyweight final with a unanimous points decision against  France’s Sarah Ourahmoune at the Rio games, having previously defeated China’s Ren Cancan in the semi-finals on Thursday.

It was a close fought contest, Adams started strong and took the first two sessions, only for Ourahmoune to comeback well and take the third. The fight ended with a competitive fourth round, but it was the Brit who had that little bit more to claim the memorable victory.

The win gave Team Gb’s boxing team it’s first gold boxing medal at these Olympic’s, and tonight in the super-heavyweight division, Joe Joyce could add another when he takes on Frenchman Tony Yoka, the world amateur champion. You can watch it from 7:15pm live on BBC1.

After the fight Adams shed tears of joy as she collected her medal on the podium and later said, ‘The gold rush continues. I’m now officially the most accomplished amateur boxer Great Britain has ever had. I can’t believe it.’

She had suffered many setback in the run up to the games and had to battle lots of injuries. as she explained “I don’t usually cry, I can’t remember the last time I cried. So to shed a tear on that podium showed how much it meant to me.

“I think it was just in the past four years I have had shoulder operations, ankle injuries and become a European, world and Olympic champion in the same year and I guess I was just reflecting on that and I got quite emotional.”

The tears though were soon replaced by the Yorkshire lass’ big smile and she later took to Twitter to thank everyone for their support and hinted that she has some big news coming soon, we believe she is ready to become a professional and seek new goals in her amazing career.

“Hey everyone, I would just like to thank you for all the support you have given me all the way through these games, you’ve been absolutely amazing and it’s meant the world to me and to be able to win this beauty.

“To be a two time Olympic champion is absolutely over-whelming for me. I hope I’ve been able to inspire you all to take on challenges. You’ve got to remember, impossible is nothing, you can achieve your dream, you just have to go for it and work hard.

She then added; “Some big news coming is soon about what il be doing next.

All the best Nicola you did yourself and your country proud, long may your success continue.

I’m Olympic Champion for a 2nd time yhhh buddy!!! ?? Thank you for your support, I feel blessed ??#GoldenSmile ? ?? pic.twitter.com/R7tsq6Deg5