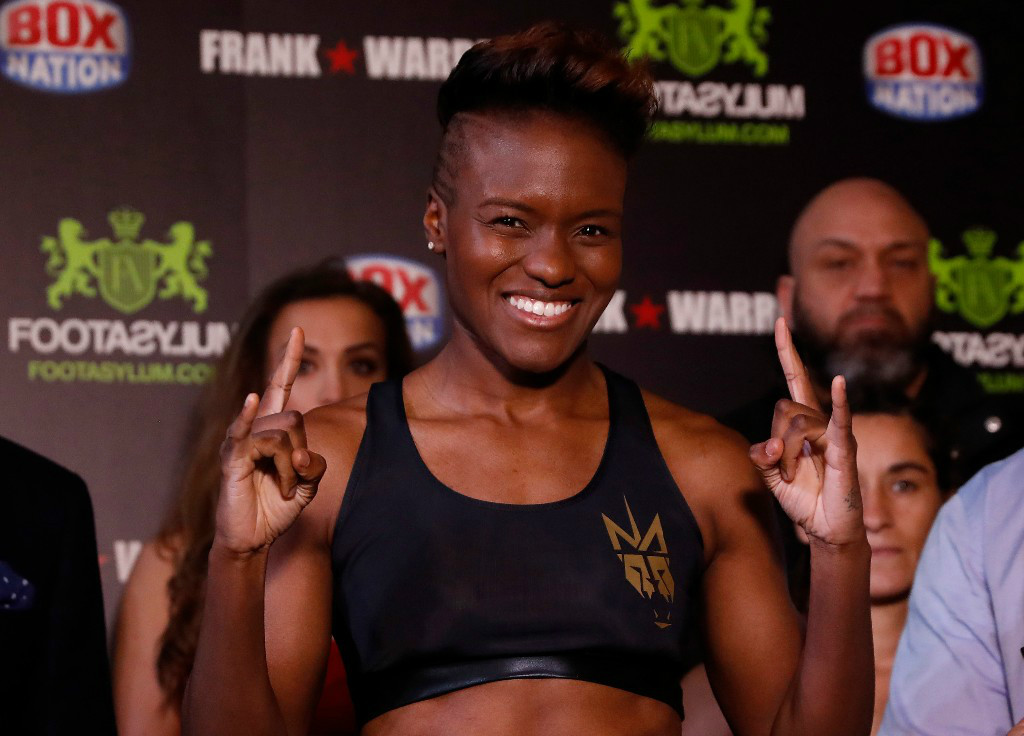 Britain most successful Amateur Boxer, Nicola Adams OBE will once again make history by fighting three minute rounds in her next fight,  as opposed to the two minutes that have become industry standard in the female sport.

Adams, who won her professional debut last weekend on the huge two-world title Manchester bill felt that two minute rounds were far too quick for her to display her full range of skills.

Whilst the BBBofC do not differentiate between male and female round duration, two minutes has become the norm since pioneer Jane Couch MBE secured the first female professional licence in the UK back in 1998 after a ground breaking court case with British Boxing’s governing body.

Adams will fight 4 x 3 Minute Rounds in her home city of Leeds on 13th May as chief support to Josh Warrington’s WBC International Title clash against Kiko Martinez and she hopes that this will make the boxing establishment see that 3 minute rounds is the way forward.

The next change Flyweight Adams intends to lobby for is the same size gloves that her male counterparts are permitted to wear. Currently BBBofC rules state that all female boxers must wear 10oz gloves regardless of weight, whereas in male contests 8oz gloves are worn for all weight divisions up to Welterweight.

The Double Olympic Champion said today; “Female boxing has come a long way since Jane Couch MBE made the sport possible here in the UK in 1998. However, there is still a way to go until both male and female boxers can campaign under the same competition rules. Fighters and fans want these changes to happen and it will make the fights more entertaining. It was really frustrating in my first professional fight as every time I felt I was getting close to a stoppage the bell would go for the end of the round. It’s great that the BBBofC has supported this first change and hopefully changes to glove sizes will come next.”

Nicola Adams OBE will make her second professional outing and Leeds homecoming as part of a huge night of boxing for Leeds on May 13th. Leeds Warrior Josh Warrington faces the toughest fight of his career on May 13th against rugged, hard-hitting veteran Kiko Martinez in a defense of Warrington’s WBC International Featherweight Title. A bumper-packed undercard includes a crunch clash for the British Super Bantamweight Championship between Liverpool hero James ‘Jazza’ Dickens and the undefeated Thomas Patrick Ward.